The Collctiv Three (How to make group payments easy!) 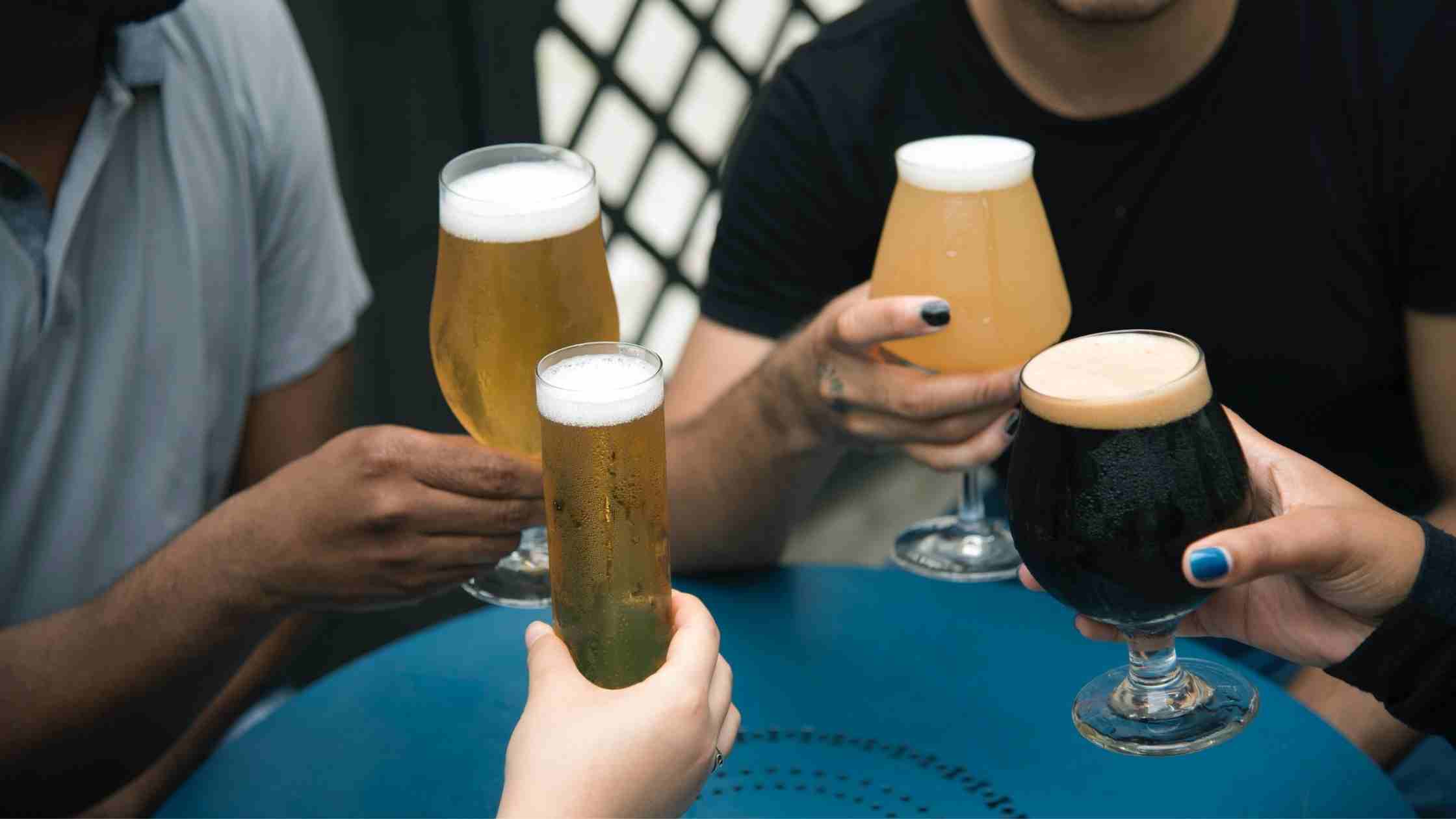 Over the last few weeks, we at Collctiv have been beginning to cast our thoughts to who really stands to gain the most from our money pools app.

And in the spirit of creativity, we have also cast thought to how we can present that in the most digestible way; maintaining our flair in the process.

So once again after chomping away at wringing a solution, we can proudly say that...we didn’t get very far. But we DID come up with an awesome narrative that sort of makes our users out to be cowboys, which if nothing else is really cool.

So cue drumroll please, as I present to you…

The Collctiv three! A.K.A: The 3 groups we feel will benefit from our app the most.

We know this because ultimately we designed our platform to cater for these demographics; we can guarantee that every man, woman, cowboy and their dog will fit into one of these categories.

Also, it allows me to deliver the blog with a cowboy narrative, which, to reiterate, is really cool.

So without further ado - The Collctiv three!

Well, allow me to break it down. Succinctly; thusly…

I had a dream last night.

In the dream, I was in unison with a group of rather handsome Organisers.

They were riding Unicorns and we were en-route to Paradise. They would all laugh at my jokes and were frequently stopping to help frail old ladies cross roads; scooping small kittens stuck in trees.

And every Organiser looked exactly like Bradley Cooper! It was magical.

Clearly, these wonderful Organisers are something to shout about. And without a doubt, the world revolves around them. But what exactly makes up the genetics of an Organiser?

Allow me to break it down using symbols and metaphors.

Other than rainbows and six-packs, an Organiser can most appropriately be distinguished by their affection for responsibility where others may shun away.

In any given social setting, we will see small hierarchies begin to form (think work, school or friendship circles).

If we present these hierarchies as a sort of social pyramid it becomes a bit clearer. The higher the pyramid you go to, the more responsibility you will undertake.

The Organisers will almost definitely reside at the peak. Society revolves around their organisational thumbs like a spinning ball. Without them, we are all well and truly fudged.

The favourable imagery makes sense now right? These guys are clearly the world's protagonists and have everything under control.

So why would Collctiv design an app for such demi-gods? Assuming they are trustworthy and already possess the necessary skills?

Well, frankly it’s not Organiser’s that can’t be trusted. They can proudly be relied upon when the moment is needed. But It’s everyone else that cannot. Everyone else wants to put up obstacles and resistance to a life free from stress.

This is where Collctiv helps.

You see, historically, should you be collecting money for a gift, sports team or utility bill. You would have gone through the painstaking process of collecting money from each person individually. And as you may well have found out, most people are not like you and cannot be relied upon to pay up on time. Often leaving you full of resentment, a little bit bitter and very out of pocket.

I hope this very recall is providing you with shudders because we come offering a solution.

Once again, let’s say you’re collecting money for a gift. From your siblings for your Nan's birthday.

With Collctiv you would be able to create a money pot. Send the link to your collection victims and then proceed to watch the pennies roll in and sleep easy knowing that Nan will have received that porcelain pig that she has been dreaming of.

And speaking of my siblings, Contributors. Let's dig a bit deeper into this filth and all that they represent.

In a world where Contributors equate to Hollywood. Allow me to introduce the bad guys.

I mentioned my siblings earlier. And for the sake of anonymity, we will hereby refer to them as Messrs Billy-Ray and Cyrus.

Now, Billy-Ray and Cyrus belong to that more ‘laid back’ part of society that prefer to simply ‘see what happens’ and ‘go with the flow.’

The same ones induce comatose anxiety in those with a preference for scheduling. Later admitting that they swaggered into the shower 40 minutes after the agreed meeting time due to unforeseen distractions by videos of kittens online.

They like to wing things. They are oblivious to the stress they cause those around them. And they are almost always the ones that you are left chasing when trying to organise anything.

Like multiplying bacteria in a field of disinfectant. They must be tamed!

But is there any good news?

Potentially, all is not lost. As mentioned before, in our circles they still have the aforementioned Organisers to lean on, the capacity to change and that’s about it…

Basically, for all you Contributors out there: Sort it out. You’re letting Nan down. And that’s like, not cool, man…

However, due to unforeseen circumstances; life being how life is. Sometimes even Contributors can have responsibility dumped upon them. And despite their bemoaning some may even possess the necessary skills to succeed.

Though buried very deeply I may add…

Swiftly leading us to.

Those with organising thrust upon them

“Some are born great, some achieve greatness, and some have greatness thrust upon ’em.” - Shakespeare. probably.

In the spirit of our recent Hens and Stags campaign. We realise that while everyone may not identify with the ‘organiser’ tag, we are often put in situations where organising becomes a necessity.

I’m gonna stay with the Hen and Stag narrative. For this purpose, it makes the most sense.

Dave has asked me to organise the Stag Do as the most competent of his friendship circle. Despite not having the organisational chops to qualm my own chaotic personal life, for some reason, like Batman, I can step up when the moment needs me. The more I think about it, that’s exactly it, I'm exactly like Batman.

To achieve my goal of organising a memorable weekend for Dave, myself and all the bro’s, I must incorporate some form of organisational crutch. Failing this and I risk leaning on my underdeveloped skill-sets which is almost guaranteed to set us all up for Wetherspoons. Wetherspoons? I meant disappointment.

So let's say for argument's sake, I've arranged a booking to go Go-Karting with the boys’. The venue has been researched and the area has a wealth of pubs and clubs for afterwards. All is good for now. My point of resistance? The venue wants a deposit upfront on top of the payment on the day.

Normally this would involve me reluctantly being left out of pocket as I begin the agonisingly slow process of chasing all my friends for money, which is not a position I want to be left in.

So my solution? Obviously, I would download Collctiv, create a money pot and proceed to create an exhilarating weekend for Dave, myself and the Bros! - Easy!

Allow me to formally conclude the nonsense.

Contributor! It’s become my duty to inform you that it’s never too late for change.

Our silly archetypes do not reflect real human dynamism; we can all be better. Even if you may think you are too far down the road, why not fix what’s in front of you? Curate a whip-round and be amazed at the organisational world at your fingertips. Do it now!

Those with responsibility thrust upon them. You organised a thing and the thing came out good.

You may not have realised. But you are in fact on the path to greatness. Should you choose to nurture this newfound universe of not always bombing expectation and actually feeling in control of your life, you will soon reap the benefits of being a better friend, sibling and general member of society.

As for you Organisers? Just stay as you are. You sexy sexy pearl of a human.

This life is your movie.

If it were a Western, you would be Clint Eastwood.

As for everyone else? Charlie Sheen against a backdrop of misery.

Can’t picture misery? I imagine it would look a bit like Stoke.

Are you an Organiser frustrated by the Contributors around you? Are you a Contributor wanting to change? Get in touch on social media and tell us about your experiences!

And as always, if you need a group payments solution - You can download our app here.

Do you want to know more about Collctiv? Find out here why we're the perfect alternative for PayPal Money Pools.