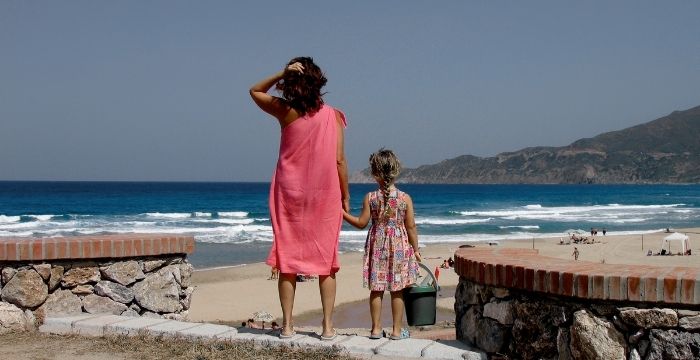 What is the difference between Mother’s Day and Mothering Sunday?

A wild sequel has appeared!

A while ago - we created our very own Collctiv Frankenstein. Initially, we wrote 'Do or Doo?' as a silly comparison between our English and American phraseology. However, that little piece of Christmas content quickly became a widely-viewed blog. Much to our delight!

We live to serve Organisers; if Organisers find value in what we write, then we will try to write more! So, we're dipping our toes back into the pool; we hope we can provide just as much value this time around.

Today's focus is the inspiration and nuances between the phrases Mothering Sunday and Mother’s Day. Both have a significant geographical origin, and Mother's day has a truly unusual back-story.

For example: did you know? The original creator of Mothering Sunday was so disgusted by the event that she spent the rest of her life attempting to abolish what she had created?

Neither did we… read on to find out more!

Are you collecting for a group gift this Mothering Sunday?

Join over 250,000 Organisers worldwide in taking the hassle from collecting money. You can download Collctiv for free here!

What is the origin of Mothering Sunday?

It would be safe to assume that Mother's Day has always been about mothers. But you would be wrong.

Historically, the subject of Mother's Day was never strictly about mothers!

Mothering Sunday was instead a reference to the act of visiting your 'mother church' on the fourth weekend of Lent.

What is a mother church? Your mother church is the church that you had attended as a child. The same church attended by your childhood community and family.

Every year, three weekends before Easter Sunday, people would travel to attend their mother church in honour of the Virgin Mary, 'mother Mary'.

With the spread of Christianity in the 16th century - it would become custom for employees to take time off to travel and visit their families wherever they may have been - Including their mothers!

Across the 18th and 19th centuries - This spread across Europe and developed into the occasion we celebrate today!

When is Mothering Sunday?

What is the origin of Mother's Day?

In the US - Mother's Day has a wilder origin story.

The maker of the day was Anna Jarvis; she founded the celebration to honour her late mother back in 1908.

Ann had spent her whole life encouraging mothers to mobilise into motherhood. She had lost 9 of her 13 children, most in the civil war.

An active member of the church, Ann would help educate families about the importance of hygiene and provide medicines, helping to combat the rise of infant mortality plaguing the US at the time.

She died in 1908, surrounded by her four remaining children, including her daughter, Anna, who decided to honour her mother's legacy by establishing her dream of Mother's Day. A day in which the country would pause and commemorate the selfless sacrifices that mothers make.

Jarvis would campaign relentlessly - spreading her mother's vision of a holiday in which sons and daughters would commute to visit and commemorate their mothers. These efforts caught president Woodrow Wilson's attention, declaring Mother's Day an official US holiday in 1914.

Despite the holiday rising in popularity, Jarvis had become disillusioned by the increasing commercial attention of the day. In her eyes, it was beginning to lose its meaning.

The greeting cards industry and florists led this campaign. They quickly recognised the potential to make money from Mother's Day - this disgusted Jarvis.

Horrified by what she had created, she would spend the rest of her life campaigning for the event to become abolished until her death in 1948 from heart failure.

What are the best Mother's Day gifts?

Are you looking for inspiration for a Mother's Day gift?

Check out our Reddit blog here on what mothers ACTUALLY want for Mother's Day.

That blog underlined the sacrifice that mothers make.

Often, the best ideas are born from noticing the small details. It shows that you value your mum and everything she has done for you.

I think this is more aligned with how Anna Jarvis would have wanted.

Mother's Day is less a burden and more an opportunity to show your mother how grateful you are for her.

It's an exciting opportunity to bring the family together and celebrate the women that raised you!

What are you doing this Mother's Day?

Want to find out more? Why not deep dive into the origin of Anna Jarvis's remarkable story?

Since 2019 - Collctiv has helped over 240,000 people from 55 countries come together by making it simple for Organisers to collect money from groups. Whether it's group gifts, retirement presents or sports teams - download our free app today and start bringing people together!