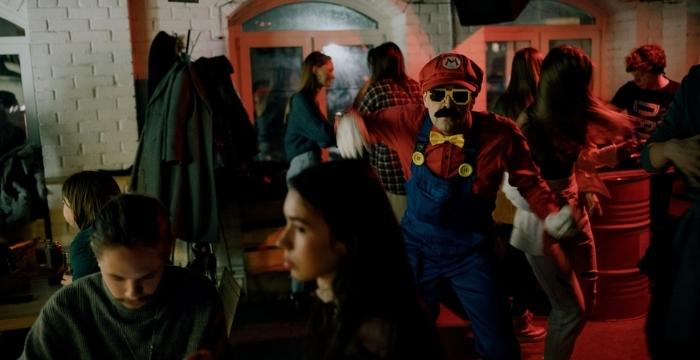 Searching for some funny leaving gifts? Struggling with gift ideas for a leaving colleague?

You spend a lot of time with people that you work with, 70% of your day (probably).

So, it would be nice to commemorate your time spent together with a gift to say farewell, best of luck and celebrate whatever it is that they may be doing in the future.

The problem is, sincerity is really hard and being openly mushy and vulnerable is a difficult thing to subject yourself to.

So what’s the universal cure for such mushiness? How can we fix this?

What we need is a disguise for the medicine; a way to deliver the sentiment without making it too obvious that you’re going to miss their company when they’re no longer around.

Enter humour - a British person's main weapon in telling someone you appreciate them in a round-a-bout way.

What I've done here is separated the suggestions from our brilliant ‘23 gifts ideas for a Co-worker blog.'

Instead, I have presented a new take on some of the funniest suggestions, inspired by that blog.

Rooted in good faith and humour, It’s a pretty tried and true way of saying goodbye to somebody you’ve shared experiences with.

I realise this narrative may be weighing heavily on the side of men, but we don’t do sentiment very well - giving or receiving.

To disguise this, but to also tell your mate you will miss him - banter him off with a card designed to rip into him, but also to tell him you will “miss him”

But in a way synonymous with the bros.

As only a bro can do…

The best of funny rude leaving gifts are often offensive.

You must make it clear to your bro that he will absolutely not be missed, he wasn’t that great at his job anyway and then decorate his office with lots of rude words and naughty statements.

You must also make this clear - no matter what the future holds; whoever he will meet, they will never live up to the people that he works with currently.

You can easily find these decorations all over the internet.

A banner that says: Goodbye you absolute c***t, can be found on Etsy.

Similarly, balloons that display the words: F**k off, P**s off and nobody likes you, can also be found on the same website.

The link to which can be found here.

After that, come in early and spray your mess all about the office for when he arrives!

On a similar theme.

Mugging off your bro via an offensive statement is the no-brain solution.

Buying them a mug with offensive statements firmly stamped on the side means they will always carry around this message, maybe until they die.

Which is really what you wanted, because you’re heartbroken.

Upon scouring, I found mugs that said: your new teammates will be s**t compared to us!

You get the idea… a selection can be found here.

When someone leaves it’s as much about reflection as it is about saying goodbye.

Celebrate a bro’s achievement with a trophy to do just that.

You can even hold awards ceremonies and have hyper-specific trophies to banter them off to the maximum.

He's a knob, after all, but It’s the temperamental things worth celebrating, such as the dynamic nature of the connection and the sanctuary you've discovered within your bro.

Present to your bro; value him.

Here are some cool ones that I have found.

For the bro that you respect and will miss dearly, get them nothing.

I was rummaging about the internet and was shocked to come across the gift of nothing...

It's exactly what it says, fully packaged and empty, with a description and all...

Nothing means nothing, it's the ultimate anti-gift, It says "I cared enough to buy you a gift, but not enough to suggest you're worth anything to me"

You can buy nothing here...