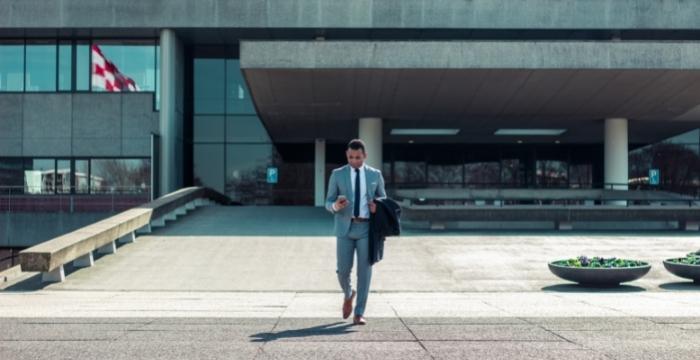 On average, a person works 8.3 hours per day, that’s 90,000 hours in the average lifetime. Since you probably spend more time with co-workers than your own family, why not design a send-off that commemorates your time together? We racked up a few suggestions to make the process of purchasing a leaving gift simpler!

Why should I give gifts to a co-worker when leaving a job?

Why? Honestly, we can’t answer that for you. It’s tradition, it’s sentimental and it’s kind? Why give anyone anything ever? Gift giving is a tried and true method of expressing gratitude towards someone that you value your time spent alongside.

Traditionally, when a colleague leaves a workplace there will be a scraping together of change, someone left out of pocket or perhaps a brown envelope furtively passed around like a communion. Beyond a last-minute moon pig card or a poorly executed attempt at humour, we’re hoping to reinstall some vibrancy into this festivity!

Subsequently, we’ve broken down the demographics into digestible categories (see below) in the hope that you can locate your target and skip to the section, promptly, thusly.

Collctiv is the modern solution to the ‘brown envelope.’ You can take the stress out of collecting group payments by downloading our free app here

What to get for the colleague that’s… been promoted?

What to get for a promoted colleague? They’re moving upstairs; you should commemorate that. In a way, they’re not really going away but your day to day conversations and way of relating is probably over, in a professional capacity anyway. My point is, you should give that person a gift to celebrate the time that you had together, being mindful of the universe and its impermanence at the same time.

Don’t be sad it’s over, be glad it happened. And if you’re still sad about it, they now earn more money than you, probably… Que the resentment!

You know what’s stressful? A new job, especially a promotion, why? Because of new responsibilities of course! The best way to prepare somebody is by giving them a chance to unwind mentally; physically. I’m a big advocate of Spa days doing just that. Sure enough, if everybody chips in, that could be a perfect way to treat somebody.

Rooted in good faith and humour, as I mentioned earlier, promotions are often accompanied by eye rolls and jabs. This is because the prospect of losing a co-worker to a shiny new upgraded boss with new responsibilities and sternness is often a frightening prospect. My default mode is to poke fun at any fears, do that, but with a sarcastic card that is also funny. Just a heads up, the rest of this segment follows a similar theme.

What is the deal with mugs and office territory? Mugs are a sort of physical representation of identity within an office. Why not give somebody the chance to recall their past time spent in fondness with a brand new mug to grace the kitchens of wherever it is they’ve been promoted to?

A commemorative notepad, pens and pencils? You can customise it in a way that shows that you’re sorry to see them go, but then again thankful for the time that you did get to spend with them!

It’s a similar story with a pen, but the difference is that with a pen you can engrave a personalised message to make it extra personal and extra meaningful!

What to get for the colleague that’s… retiring?

They have completed work! That’s a whole lifetime and legacy built and it’s now coming to an end. If that’s not worth celebrating, I'm not sure what is. With this list I tried to be mindful of the recipient and that you, the reader, may have a hunger for a few unusual and outside of the box experiences, making for a truly unique send off!

1. A Gardening Voucher, A Big One.

I’ve put a gardening voucher here, but don’t let that throw you. I put gardening because that’s the retirement stereotype. “What are you planning to do with your time Kenneth?”, “Gardening Billy”... In actuality, anything goes that you think they might like, I just wanted to throw a curveball in the title section to be assumptive.

2. Contribute To A Hobby

I’ve never been retired, but, I imagine the biggest complaint from that community is the insecurity about what to do with all that time? Without the right plan, retirement could be just bedding preparation for the reaper, earnestly spent by a window; thumb-twiddling to the max. How you can help fill that time, as colleagues, is to contribute to the retiree’s hobby. For example, golf, gardening, or mountaineering?

3. A Tool For Subsequent Hobby

Just to follow on, go one step further and provide them with a tool to complete their hobby with. Personalise it, make it sentimental because it’s the right thing to do, man!

For the outgoing retiree, allow them to still be out and active, treat them to a night out in the shape of a meal for example. An experience is a lovely way to provide a memorable outing gift, commemorating a career coming to an end.

For the stay-at-home retiree, allow them to hibernate and catch up on all the things they’ve missed over the last few decades spent firmly stapled to a career. Pay for their damn Netflix!

What to get for the colleague that’s… escaping?

Some jobs aren’t nice, not everybody loves their work; some jobs could be nice but are ruined by crippling workplace cultures and more drama than it’s worth. Sadly, I would bet that most people have had jobs of this ilk. Sadly further, some people really must work to survive and have to face up to the suffering of a job they loathe because the alternative is truly a grimmer proposition. This brings us to our suggestions for those who are escaping; this list is curated to celebrate such escapes and look ahead to a brighter future.

Flowers have a lot of symbolic meaning. They often are given as a gesture towards something, think grand gestures of affection or commissary. Google has told me that by giving flowers in the colour of Dark Crimson you can symbolise mourning. And, if that’s not quite your flavour, Yellow Rose hints at jealousy, that's jealousy for the escape that your co-worker has made. You’re welcome.

Similarly symbolic, like flowers. Alcohol consumption and gifting are commonly associated with celebration, and, even if you’re not enthused to be losing a peer, at least you can make sure you send them off in the right stead. Buy a bottle!

Plant gifting is growing in popularity, plant owning is full stop growing in popularity. Mostly owed to the influence of healthy living and propagated by the endless flow of social media content. You could do a lot worse than sending a co-worker off with a brand new tree to decorate their living space.

What to get for the colleague that’s… moving away?

Life changes constantly, for some, the past few years of being boxed up has now relinquished and manifested into a desire to get moving and change the scene. There is a beauty in impermanence, some feel that to the bone. Perhaps a change in relationship has occurred or maybe they are just fancying a fresh challenge in a new place? Either way, this is for the itchiest of feet, that’s all of the feet, the itchiest of them, this for them. May they find warmth, experiences and a good post to scratch them by!

1. A Giant Voucher, To Which, Everybody Has Contributed

Do you know what’s difficult? Relocation. There’s so much to tick off the proverbial checklist, help a friend out, give them a voucher of substance to which everyone has contributed. They know what they need; it’s a really thoughtful and practical gift

2. Money! That’s Money That Can Later Be Converted Into A Currency Of Choice.

Should they be leaving the country, the currency will be a useful buffer for that settling in period, that’s if they haven’t already secured employment? I’m not sure that’s my business.

3. A Phrasebook For A New Language

Nobody is ever fluent in any language really. Think about it, how does one ‘complete' a language? That’s not what I mean though, what I mean is that it may be nice to give a phrasebook belonging to a new language that the person may need to pick up to an extent.

4. A Subscription To A Language Learning Platform

A slight variation of a detour via a theme. Recently, I learned German. To do so, I used a very tidy platform named Pimsleur, however, that set me back a few bob per month. My suggestion here is that you could…

5. Engrave Something, Something Sentimental

I’ve spent time pondering what a gift even is, what it means, and how to consciously express what I want to express through a gift. My conclusion is that the actuality of a gift is irrelevant if the sentiment is all wrong. What I mean by that is, just show that you actively thought about someone enough to get them something. Something, anything. By all means, engrave a turd, if that’s gonna show that you were thinking of them. It’s the thought that is memorable, you know what I mean?

What to get for the colleague that’s… landed their dream job?

Congratulations are thoroughly in order. For many, they still don’t know what they want to make of life well into adulthood, but, for some, they’ve long had childish dreams of being astronauts or football stars. This is to celebrate those who made it through, without bitterness. I hope every working day fills them to the brim with joy, fulfilment and wonder.

1. Something To Help With The New Career

This is a big moment in their life, with peace and love, you should give them something that’s gonna help settle into this new tumultuous moment, as starting a new job often is. This could range from tools to stationary, give it some thought; make it sentimental!

This is with a view to the phase of the in-between job. Chances are, they’ve earned a small break before starting this new role, you can treat them to a small experience such as a meal out or a weekend getaway. Consider this period the calm before the storm, it all escalates from here.

Theatre is a bit like the cinema, but with an additional sprinkling of fanciness. Also, any attendee of theatre worth their salt will let you know that with live theatre there is a buzz that cannot be replicated elsewhere. A proper classy send-off!

Cinema tickets are an extension of the desire to purchase an experience as opposed to a physical gift. Having been cooped up and not able to go out to the Cinema for the last few years, it’s a great opportunity to give a co-worker a chance to escape the house for a bit!

I’m gonna use this as a cross-category suggestion, it’s applicable in all gift-giving, I think it’s the truth. As long as the gift you have given has been made from a place of gratitude and thoughtfulness, then the physical entity of ‘what’ the gift becomes secondary. The best gift is always one that shows that you care; that’s all gift-giving is symbolic.

Tired of being left out of pocket? You can download our free app here 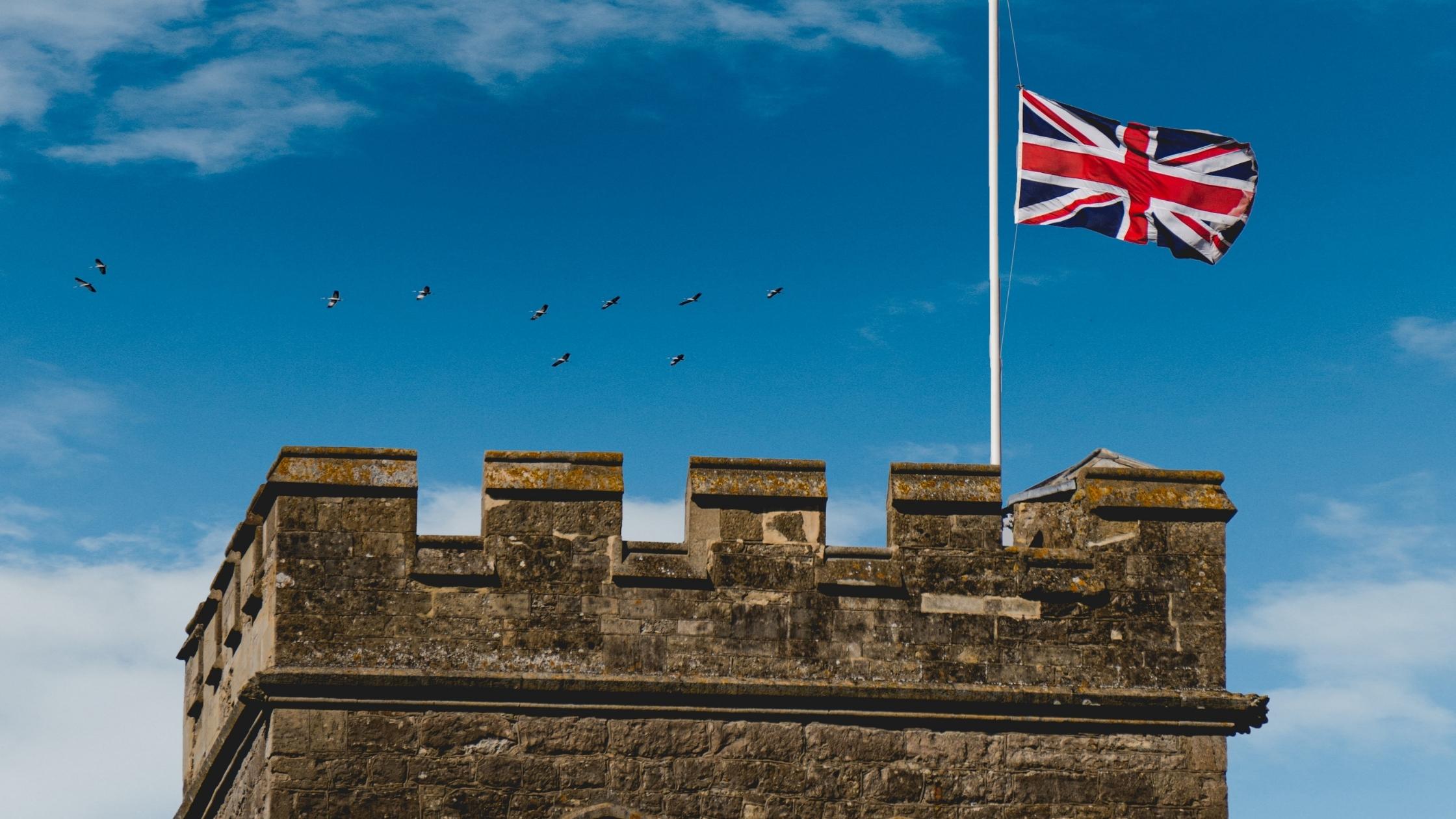 (According to Reddit) What's the worst holiday destination in the UK? 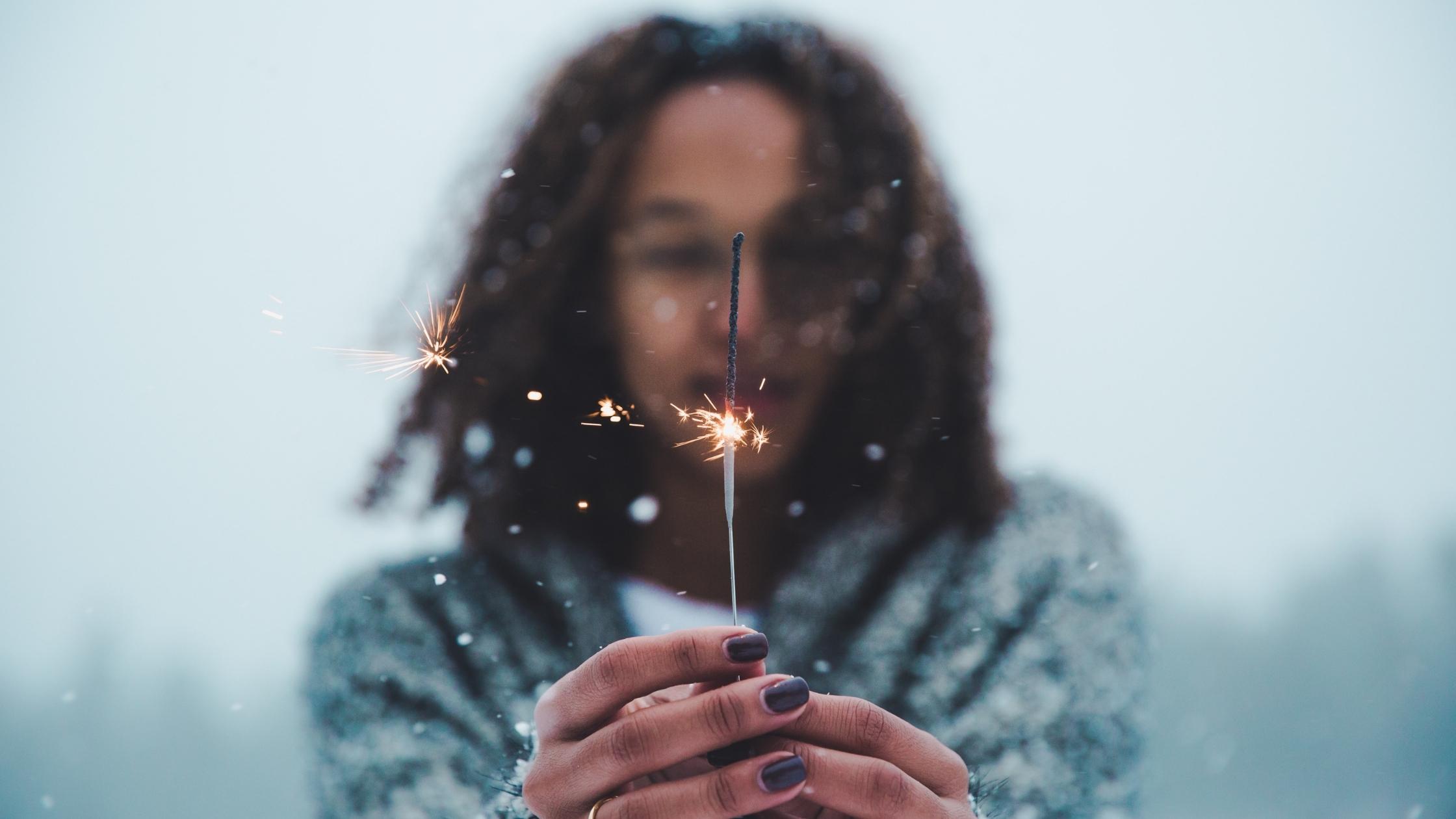 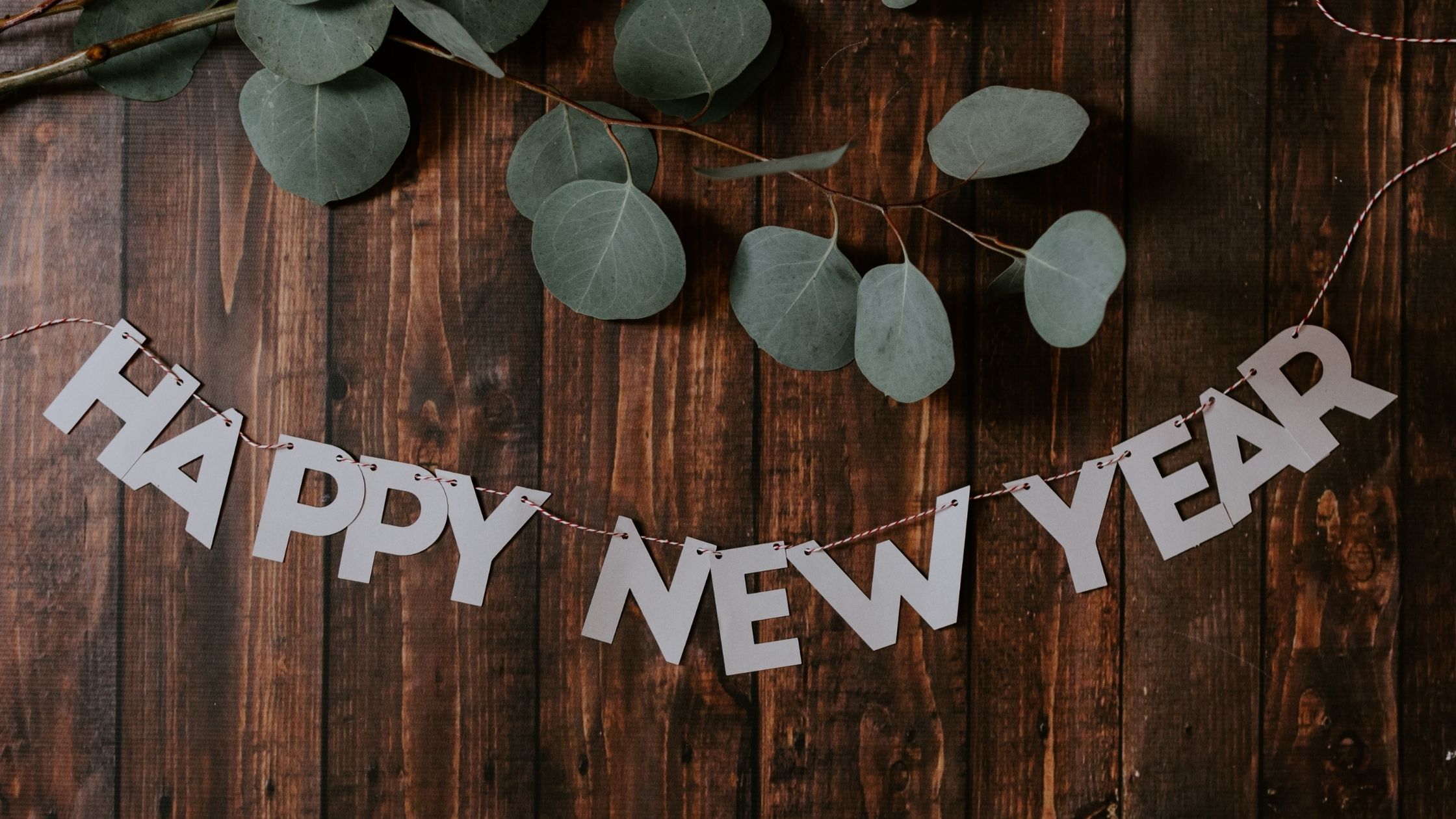 The New Year Resolutions of an Organiser 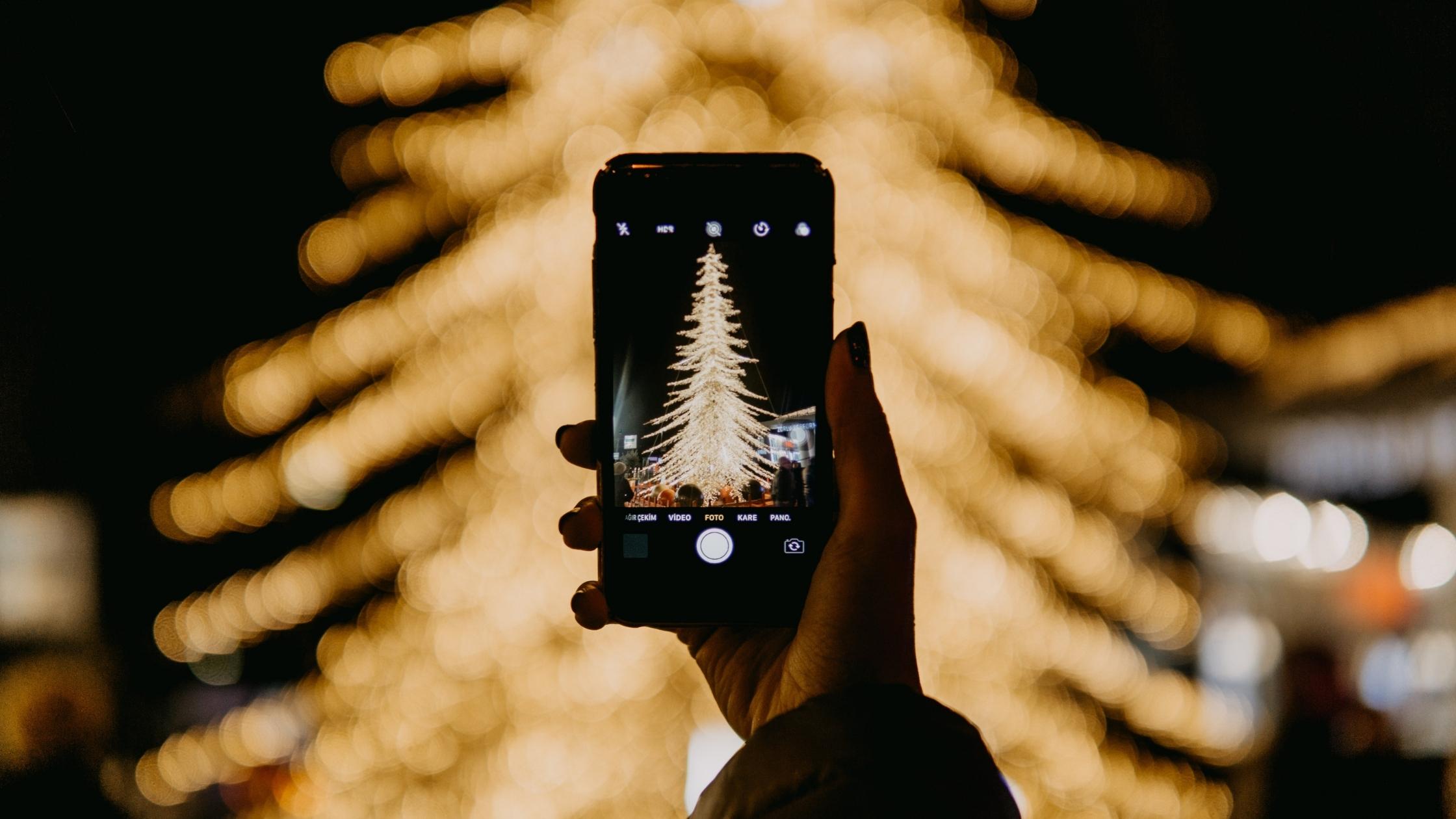 How The 12 Days Of Christmas Would Sound When Written By An Organiser! 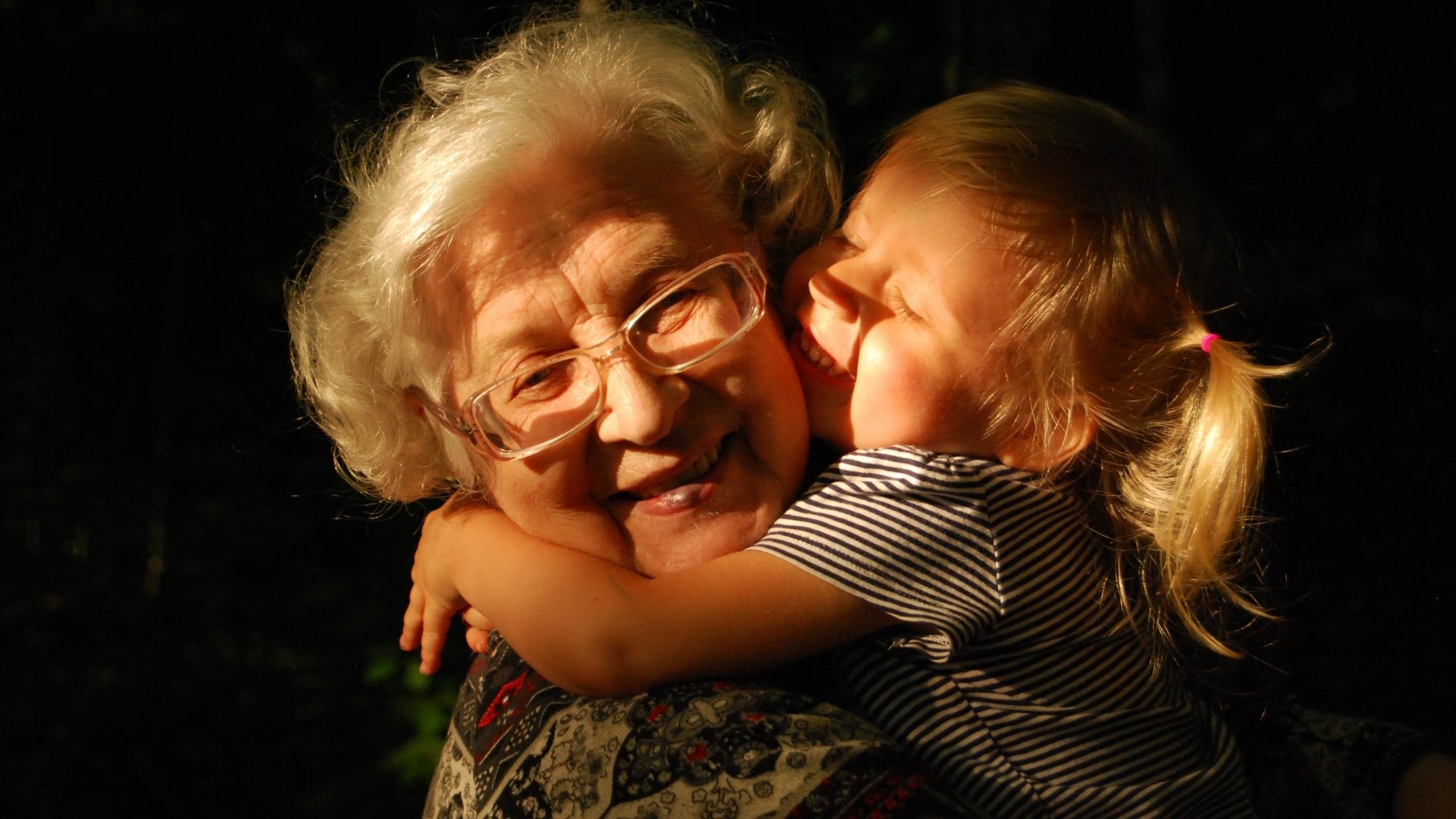 How To Show Gratitude For The Organiser You Love This Christmas 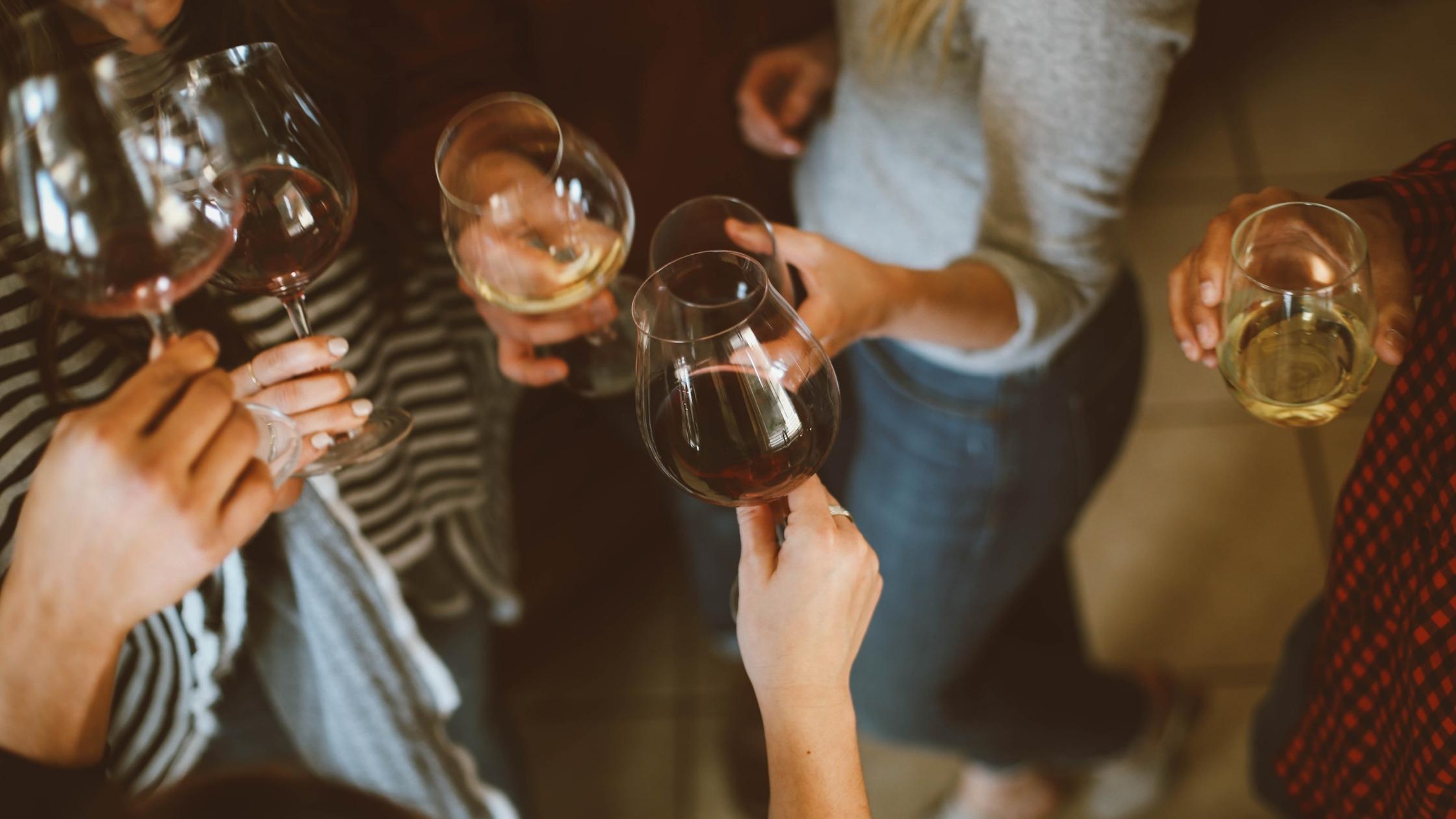 How To Plan A Cherished NYE Party: Our Checklist For The NYE Host