5 Ideas For An Office Christmas Party 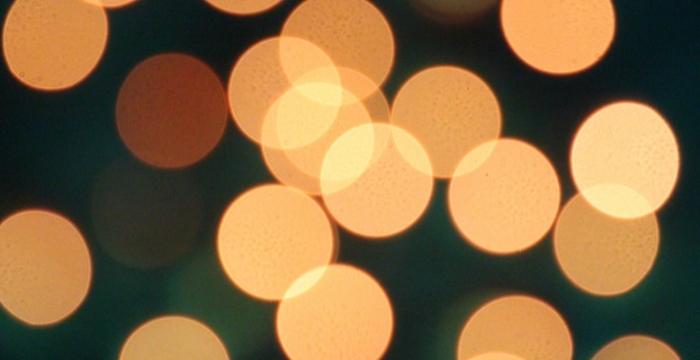 Does anything encompass the Christmas storm better than the office Christmas party? We take a look at a few last minute suggestions for you and your team!

Animals, babies, wisdom and salvation.
Merry Christmas. My head hurts. Oh no, we lost all the meaning.

‍
Lost careers, relationships and dignity all relegating us firmly onto Santa's naughty list.
Before you confine yourself to warm beer, half arsed tinsel spreads and Dave from accounts acting weird, consider a few off the wall suggestions instead.

‍
This season is a pain in the backside for Organisers who are left with the rod of responsibility on behalf of us all. Come December they will be Organising the parties, the logistics, the secret Santa’s and everything in between.

‍
The burden is ramped up for the festive season.

‍
Allow us to remove a fraction of these worries. Staple it to a Dove and watch it fly away towards heaven. You know, where Santa lives.

Before we indulge in what TO DO, allow me to highlight some examples of what NOT TO DO. provided in part by the lovely people of Reddit.

“I once made my special Eggnog recipe and accidentally got the entire office (-35 people) nearly blackout. A number of people had to crash at my place; some carpooled. The next day consisted of car roulette with lots of hungover people!”

One user commented how some members of the team decided to quit rather than face up to the mess they made at the Christmas party!

“Big Carol, head of HR. She said the best she could do was Monday night at the Wetherspoons in Liverpool Street Station. She ordered two rounds and then ran off with the company card. (her train home was around 25 steps from the bar… coincidence?) She also missed my drink on the second round, so I only got one pint...
Everyone who was there due to a sense of obligation immediately went home. About 8 or 9 of us stayed on - later that evening we’d be kicked out of a Shoreditch restaurant for trying to start a karaoke (not a service they offered), kicked out of another bar for having a wrestling competition on the dance floor; then kicked out of the Ace hotel for racing two wheelie chairs up and down a corridor. Steve, who ran accounts literally never came back into work again!

And of course, there's always one person guaranteed to start drama!

“A former employee showed up and was aggressively trying to sell drugs, just generally being a nuisance. Another guy hit him a few times; the Police were called. Good times, all around great success!”

Moving on…
Here are our top five unusual suggestions for an office Christmas party!

The merit of Paintball resides firmly in having the opportunity to live out rouge fantasies of shooting various co-workers who may have wronged you in the past.
Not even wronged you, just frustrated you maybe?
We could even suggest this is some form of company wide therapy. It’s good to clear the air. Remove the toxins and deal with frustrations. Come back after Christmas relaxed having previously shot your boss in the back with no consequences!
It’s not every day you get to shoot your boss. It could get mucky, but there are definitely worse ideas than blowing the entire budget on a mass company shoot up!

Featuring Christmas storylines and themes. An escape room involves locking the whole team in a room requiring them to solve a series of puzzles within a timeframe in order to escape the room. Typically finding a key in the process!
Another variation on the theme of getting the team active within a different setting to the office. The escape room has merits because it requires genuine teamwork in order to escape. It’s a fantastic way to encourage the team to bond whilst celebrating the season in the process!
Previously we have covered a few escape rooms in our Hen and Stag blogs, they can all be found on our blog’s here!

Bubble football is a five-a-side football game played completely in zorbs! What are zorbs? Essentially giant bubbles that users wear, designed for risk free bashing and crashing into one another.
This option represents an opportunity to get out of the office and enjoy some competitive banter amongst your team.
It’s also probably the most memorable and outright insane suggestion that we have made. I guarantee that your team won’t be quick in forgetting a round of bubble football!

Encourage the whole team to don their worst, ugliest and absolute itchiest Christmas monstrosities. Awarding prizes that are totally at your discretion in categories such as…

You don’t even have to reveal the categories until the day, getting people to vote when they arrive!
It’s a fun way to encourage people to be a bit less serious around Christmas. It’s also a relatively cheap suggestion, freeing up the remaining budget for a meal out, and/or the pub?

Assuming that you have the office space. Find a way to hire catering, drinks, games and take the party to the office instead! You can hire a catering company, decorate the place and essentially transform your office into its own Christmas winter wonderland!
It’s a bit on the pricey side, and would require a lot of forward planning, but if executed properly, it could be the most memorable Christmas party you’ve ever had!
Removing the cost of venue hire and ensuring any mania remains within the walls of the office. It could be worth considering as an alternative to going out.
One Christmas, the company I worked for even hired a giant Rodeo Bull… Just something to think about. That was the most fun I've ever had at a Christmas party!

So there we have it. A few suggestions to remove the headaches of the Organisers around this time of year.
We wanted to encompass the perspective of the Organiser. Wrap it up in cotton wool and offer it for chewing.
There exists a snowballing frustration at this once merry season. Developing a fresh reputation for being panic ridden, anxious and everything else in between.
It doesn’t have to be this way. Download Collctiv, take the stress from the group payments and hopefully, this year becomes one glittered with festivity and laughter.

Collctiv is the number one alternative to Money Pools.