Why Do We Buy Teachers Christmas Presents? 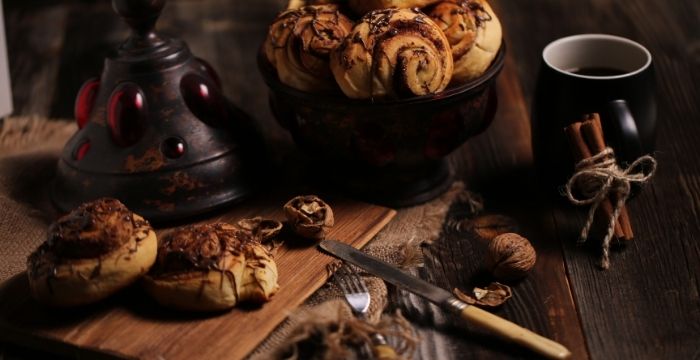 The other day I was pondering these very questions. Aside from teachers being overworked and underpaid, I wanted to go a bit deeper as to why the teachers have value in our society. It went a bit North; It went like this.

This morning was a regular morning.

I dragged my bones into the shower. Once more relinquished my right to not wear clothes and set about putting the day in order.

My flatmate was already in the living room. Slurping Coffee and guzzling porridge.

I nodded; he nodded back.

“Mate, did you know that currently, a large percentage of teachers, Primary and Secondary, are quitting their profession?”

My eyebrows shot up. “Sources, Jake?”

“The paper. But really it’s common knowledge, in that everybody knows…”

I peeked over at his paper. Sure enough, printed in bold letters: THE TEACHERS ARE LEAVING! BECAUSE THEY HAVE HAD ENOUGH.

Important detail I thought, They have had enough…

I considered what it was like to be a teacher, the hardships they must face and what it was that they may have had enough of.

It then dawned on me. My father was in fact a teacher; I could ring him for more clarity. I was dubious about wringing Jake for anything other than the football scores. He was eating his spoon anyway.

“Okay, would you mind clearing up the news for me? It says the Teachers are quitting because they have had enough?”

“I see. Well, thanks for clearing that up”

I immediately hung up the phone and gulped at the gravity of the situation.

The teachers had had enough.

I promptly sank into some heavy thinking.

Meanwhile, my breath shallowed to compensate.

Mr Wilbur, Mrs Westlake and the lovely Bishop. They had all had enough and I wondered why that was?

I looked out the window. It was December; I cast my thoughts back to when I was young. My mother would fret over which cookies she should be baking for the teachers. Commemorating their years of service enabling kids to be swallowed by the machine.

I reflected upon my own time at school; the influence that teachers had on me. I thought about the Bishop. His wonky leg and the values he strove to install. That’s in all of us, not just myself. I’ve conferred with many schoolmates about this and they all agree it’s very true.

The whole thing was fairly melancholic.

Whatever it was they were fed up with, I decided I should take it upon myself to somewhat reduce their ailment. It was Christmas, after all.

Therefore I left the house. I took my bike and set a course for the bakery. The tires would clunk beneath the cobbles and my own posture became slouched. It was also snowing and my thighs had become dampened by the fall.

By the time the bakery aroused my nostrils I had already settled into a rhythm and feeling of general well being. If there was a god, we would surely be friendly at present. I was so content, I had forgotten to hear my thoughts.

I knew the baker; he was still as distinctive as he was in childhood. With a big beard, peaceful demeanour and his chef white sleeves hoisted firmly up his forearms.

After a moment’s chat I purchased a big basket of muffins and thanked him with gratitude before leaving the warmth; greeted by the bite of the December air. A bell provided the soundtrack to that, Just a small one, hanging over the door composed lovingly with a creaky sign that indicated you had indeed arrived at (or left) the bakery.

My next mission was to go to the Dovery. I did so with haste because I had muffins to deliver.

I was tying my basket to the leg of a Dove. I Watched its form fade against the sky. It had melted into a Royal Blue, Orange beginning to poke through the cracks.

I had attached a scrawny note to the bird - it read: ‘To the lovely Bishop - Your teachings are a gift that I shall always treasure, merry Christmas, Harry!’

I used this moment to say a small prayer. I sincerely hoped the letter would reach its destination in good faith.

I reflected further on the whole business of giving gifts to teachers and what it represented therein.

I reflected on the value of education and how it taught us to think.

I reflected on the necessity of having role models whilst our brains were still spongy.

I reflected on the memories I had made in this period; and the vividness in which they percolated my mind. How vibrant the colours were and how I may have lost those pleasures along the way.

Finally, I reflected upon the grandeur nature of kindness, how it relates to Christmas and how fundamental it is to relinquish ego and belong to somebody else, just for a few moments.

Christmas is an ideal point for reflection because it forces us into a kind of introspection.

Naturally, the days are longer and the thoughts are darker. But with Christmas, we have a tailored excuse to rise from the holes we have created in our minds and reach out with faith to those that we love to express gratitude, cheer and compassion.

The word ‘Teacher’ in itself arises from an old English phrase ‘tæcan’ which means ‘to show, demonstrate or point out’

Assuming that we were never headed in any particular direction until we were shown how. I think it’s a fairly good excuse to give thanks to those who provided us with a direction and a base understanding of the world.

And on that note, I really hoped the Bishop was doing well and that he would enjoy his muffins.

I also hoped my boss wouldn't fire me, because I spent all day waffling about Doves, Compassion and Bakeries.