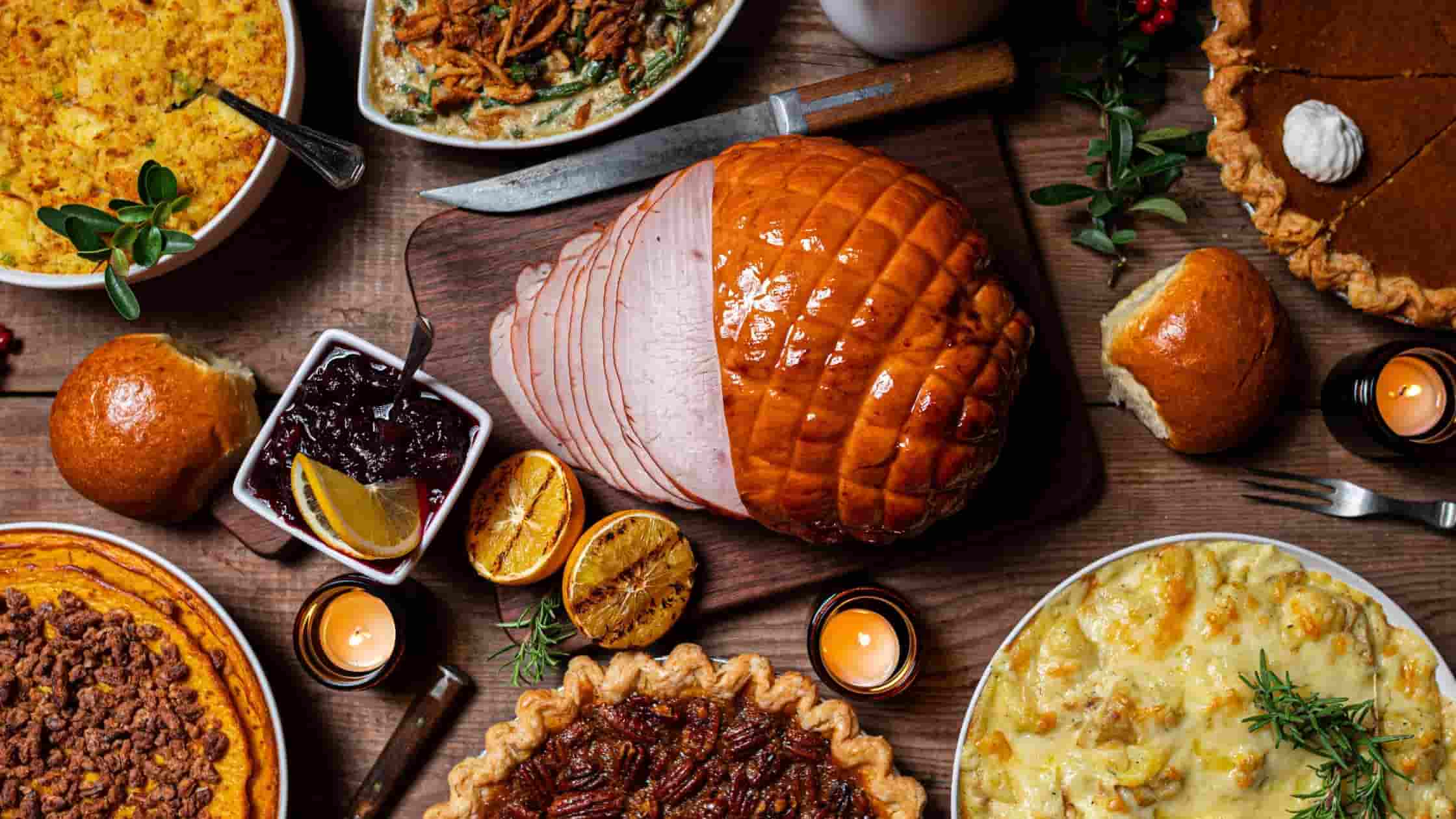 Are you hosting all of your friends and family this Thanksgiving? Let’s take a look into how you can make the celebration your best one yet!‍

‍Thanksgiving is a great time to bring your family and friends together, whether it’s to attend one of the number of parades across the country or to sit down and watch some football, there’s nothing like spending time with the people closest to you and reflecting on all the things we have to be thankful for.

In this blog, we’re going to take a look at the origins of Thanksgiving and provide some inspiration for how you can organize a special day this year, to celebrate with the people so important to you! ‍

Why do we celebrate Thanksgiving?‍

Let’s start with the why. Thanksgiving is a national holiday celebrated in the USA and this year's celebration occurs on Thursday November 24th. The origins of the Thanksgiving Day feast can be traced back all the way back to the 1620s as the early settlers, along with the Wampanoag Native Americans, came together for the first feast, which has been honored yearly since then.

In 1863, President Abraham Lincoln declared Thanksgiving a national holiday, and it is now celebrated annually on the fourth Thursday of November and appreciated by onlookers worldwide.‍

How is Thanksgiving celebrated today?‍

From the humble origins of Thanksgiving, today it is celebrated in a variety of ways with the importance of this holiday arguably being evident in no bigger way than through the number of parades that pass through American cities each year.

As to be expected, they don’t come bigger than the annual New York City Macy’s Thanksgiving Day Parade. This parade has been an annual occurrence since 1924, making it one of the oldest parades in the United States, and as well as the huge crowds that line the streets of New York, the event is televised to millions of viewers at home.

The parade is made up of floats, balloons, marching bands, celebrity appearances and live performances, taking place from 9am-12pm each Thanksgiving (if you’re planning to go and soak up the atmosphere in person, make sure to get there early if you want a good view of this unforgettable experience!).

As well as parades, another tradition is the annual NFL Thanksgiving game. Since its inception in 1920, the National Football League has honored Thanksgiving with games played on this day to the joy of sports fans all over the country and further beyond. The broadcaster CBS estimated that 38.5 million people tuned in to watch the Dallas Cowboys vs Las Vegas Raiders in the 2021 Thanksgiving Day game (yes, 38.5 million people!!).

After a huge feast, sitting down in front of the television and cheering on your favorite team is a big part of this day for many people (unless you decide to take inspiration from Ross and Monica Geller, postponing the meal to get your hands and face dirty with a game of football - sibling rivalry still exists, even on Thanksgiving!).

Which brings us nicely to Thanksgiving Dinner. Retail sales of food and beverages have Thanksgiving Dinner down as the largest eating event in the country, and who is really surprised by that, the day wouldn’t be complete without the opportunity to devour some incredible food with your friends and family!

A large turkey is often the centerpiece of the feast (with Thanksgiving being colloquially referred to as Turkey Day) along with stuffing, potatoes, cranberry sauce and maybe even a pumpkin pie for dessert. It’s no surprise following this meal that many people have worked an afternoon nap into their Thanksgiving rituals!

Don’t worry, we’ve got you covered. The pressure can be high to be the organizer that brings everyone together. You want to make sure that the day goes by without any issues. You’ve got family and friends coming from different states (or maybe even flying in from different countries!) and they’re all looking to you for a good time. People want fun, good food and memories to last a lifetime. You’ve got this!

Here are our useful tips to ensure that you can look back on Thanksgiving 2022 as the best one yet, knowing that everyone has had an awesome time and they’re super appreciative for your flawless planning.

Don’t want to risk any family fall outs over a game? How about a trip to the theater? Many movies are released over Thanksgiving weekend (Toy Story, Frozen and Moana, just to name a few from years gone by!) and this is sure to keep adults and children entertained alike.‍

How am I going to collect the money for all of this?

One of the biggest considerations of all of this is ‘how much will this cost me and how am I going to get other people to pitch in?’. Whether it’s movie tickets for everyone, purchasing some games to keep the children (and adults!) occupied or most often, the cost of feeding a large party of people, the costs can reach staggering levels for an individual to take onboard.

It has been estimated that budgets for food and drink can be anywhere from $200-$500 dependent on the size of your group, and we’re sure no one expects you to suck up those costs alone, as well as providing hospitality and giving up a lot of time to bring this all together. So how do you go about getting people to chip in?

Collctiv is the easiest way to pool money for occasions like this.

Unlike Venmo, Cash App etc. which focus on peer-to-peer individual payments, Collctiv is built with group payments, and specifically the organizers like yourself in mind. We know how much effort and time will be spent making this day great, so we want to make sure that you receive the money effortlessly.

Collctiv empowers you to be able to ring-fence the money collected from your group outside of your personal transactions and finances. No one needs to scroll through months of Venmo transactions to make sure that you were paid by everyone who said they would. With Collctiv you have this information available to you in your specific pool at the touch of a button.

We also make it super easy for your group to pay you. They don’t have to do any banking, download another app, create an account or even go to an ATM - you send over a link or a QR code and they just simply tap/scan to pay in less than 5 seconds – no account set up, no banking, no fuss. Removing this friction makes sure that you get paid. What’s not to like!

There’s also transparency. Your family and friends trust you no doubt, but being able to show everyone how much you’ve collected is important to lots of people. Put a target on the pot, use the pot description to explain what you’re using the collected money for and watch the dollars roll in, ready for you to put this money to use for the best Thanksgiving celebration yet!

How do I set up Collctiv?‍

The process to set up Collctiv is simple. Creating an account to sharing a pool with your group can be done in less than a couple of minutes. It really is that easy.

Since 2019 Collctiv has helped over 440,000 people from 97 countries come together by making it simple for Organisers to collect money from groups. Whether it's wedding collections, group holidays or grassroots sports teams - download our free app today and start bringing people together!