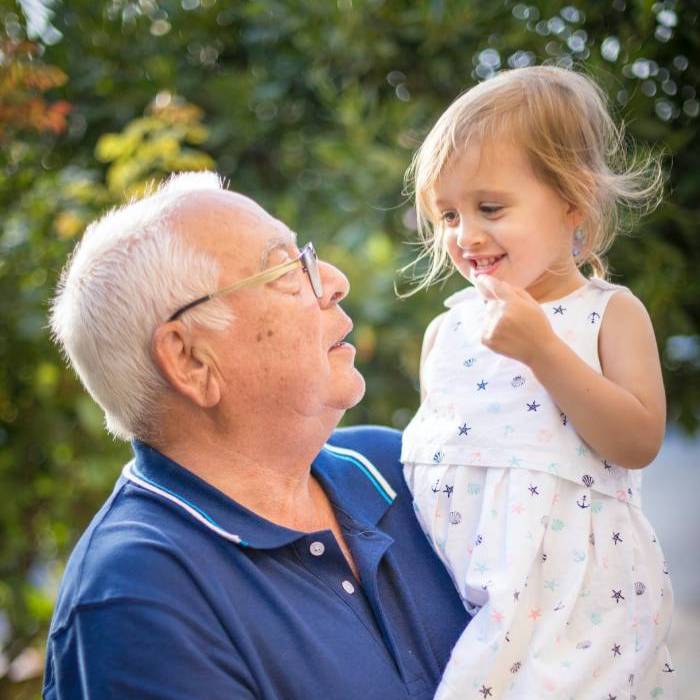 Dementia is something that is faced by people all over the world, every single day. It is believed that a new case occurs somewhere in the world every 3 seconds and in the UK alone, almost 600 people develop dementia every day.

During World Alzheimer’s Month, everyone is called upon to support this cause by getting involved in any way they possibly can - no matter how big or small their contribution is!

The terms often get paired together, and people ask what is the difference between Alzheimer’s disease and dementia? Collctiv are proud to partner Alzheimer’s Research UK (ARUK), the UK’s leading dementia research charity, dedicated to causes, diagnosis, prevention, treatment and cure. They describe dementia as the following:

‘Our brains control everything we think, feel, say and do. They also store our memories for us.

There are diseases that stop a person’s brain from working properly. When a person has one of these diseases, they may have problems remembering, thinking and speaking. They might say or do things that seem strange to others, and find it harder to do everyday things. They may not seem like the person they used to be.

Doctors use the word dementia to describe these different problems.’

So what causes Dementia? As it stands, it isn’t completely known why one person may get one of those diseases whilst another person doesn’t. There are incredible efforts worldwide from individuals and organisations alike to find out more about dementia and share these findings.

World Alzheimer’s Month is an international campaign to raise awareness and challenge some of the existing misconceptions surrounding dementia in order to improve education of the disease globally.

What happens during World Alzheimer’s Month?

September has marked World Alzheimer’s Month since 2012 and the focus for individuals and organisations centres around raising awareness of dementia. Many of the larger organisations focus their communications on telling the story of those affected by dementia, from those who’ve been diagnosed with the disease to the carers of those currently battling it.

However, it doesn’t just stop at challenging the misconceptions of dementia through the sharing of stories from those affected. Events to raise awareness and raise money to support these efforts are also amplified during September.

ARUK organised a once-in-a-lifetime skydiving event to mark World Alzheimer’s Month 2021 - an incredible way to raise awareness and money, jumping from a plane at 13,000 feet! Bravo!

Numerous other key events have contributed to the collective success of this month, former MEP Alex Mayer joined the fight against dementia in 2017 when she visited Alzheimer’s Research UK’s Cambridgeshire-based headquarters to mark World Alzheimer’s Month.

Last year, ARUK delivered dementia awareness to your front door, quite literally! The charity partnered with Royal Mail for the #CatchTheComet campaign, where the Alzheimer’s Research UK Comet was stamped on your post.

The power of this month is clear. From individuals looking to do their part, partnerships with organisations looking to join the fight and even involvement at Government level, it’s a huge opportunity to come together and raise awareness of Dementia.

What can you do to support World Alzheimer’s Month?

No action is too small. You can get involved to support World Alzheimer’s Month in many different ways, from simply sharing content across social media in order to raise awareness, through to raising money to support the incredible charities that work all year round on breakthroughs for dementia treatment and prevention.

World Alzheimer’s Day is celebrated on 21st September 2022, this is a great opportunity to bring people together to raise awareness. How about a bake sale in the office? Maybe yourself and some friends could complete a run/walk in the name of World Alzheimer’s Day? Feeling brave - how about taking on skydiving?

There are so many ways to support World Alzheimer’s Month and every contribution, whether it’s sharing content or raising money, all go towards a positive future with a greater understanding of and treatment for dementia.

Whether you’re fundraising in the office or bringing together some friends to all do your part for a wonderful cause, you need a quick and easy way to allow people to donate. Gone are the days of the brown paper envelope. No longer can  you minesweep for the loose change in people’s pockets - not least because they don’t carry cash any more but also because very rarely, since Covid, is everyone in the office together, if at all!

So you face a dilemma - do you send your bank details out to everyone across the email network? I mean, you spend time shredding your mail to ensure less obtrusive details can’t be gathered, so ideally you really don’t want the details of your current account floating around the email inboxes of the majority of your organisation.

Then there’s the issue of trying to reconcile donations against all of the other activity on your account. Direct debits, food shops, refunds from online outfits you sent back last week. It all becomes quite messy and you want to make sure that every penny is accounted for!

How can I easily collect donations then?

So how about this – an app that makes it easy to collect money from people whilst also making it easy for people to pay in.

Simply download the app for free here, create a ‘pot’ for the event you are running and this will generate you a payment link and a QR code.

Share the payment link anywhere – email, Slack, WhatsApp – however you would normally communicate with your people, and with just a tap people can donate to your pot. They do not need to download the app, create an account or validate an email – they simply tap to pay, and it’s done. If they have Apple or Google Pay, it takes less than 5 seconds.

Why not print out the QR code and tape it to your cake sale table, your treadmill, exercise bike, trampoline, your own back (or front!), or your swimming hat?! People just scan it with their phone and voilà, they’ve donated!

There are no mandatory fees involved – people can choose to make a donation to Collctiv when paying in, and you can make a voluntary contribution when you withdraw, but there is no obligation to do so. 100% of the money you raise goes to your chosen charity.

Since 2019 Collctiv has helped over 350,000 people from 88 countries come together by making it simple for Organisers to collect money from groups. Download our free app today and start bringing people together!