Our Top 5 New Year's Resolutions Worth Making In 2024 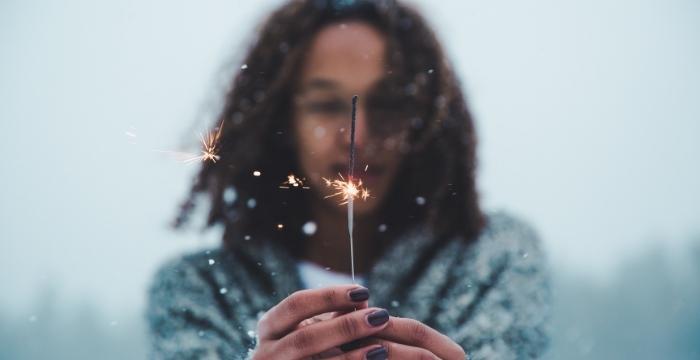 Failed resolutions and false hopes often give the New Year a bad reputation, we explore a few more gentle resolutions for 2022 as well as why so many people fail in their attempts to transform their lives come January.

January is an important month in our calendar. It marks the beginning of the New Year, the conclusion of Christmas and offers up false hopes of a reset into promised lands of prosperity.

Named after the Roman god Janus, he had two faces. One would be reflecting into the past and another contorted in the other direction, would look ahead into the future with hope and guile.

As a result New Year became an opportunity for reflection and optimism, with people symbolically presented an opportunity to reflect on what went wrong and how they could set about resolving and improving on these issues in the coming year.

Nowadays we associate New Years with celebration, it maintains its penchant for goal setting and has been unanimously embraced by cultures worldwide.

Today we would like to share with you 5 New Year's resolutions that we believe are truly worth making for a more enriched New Year.

Of which we hope you will enjoy.

But first, a history lesson!

Why Do We Make New Year's Resolutions?

The Origins Of New Year's Resolutions can be traced back to the Babylonians, who would use the New Year to return any items they may have borrowed over the year. Mostly farming equipment as the time would coincide with the beginning of the farming season.

Later this was taken on by the Romans and the ancient Chinese. Romans in particular would use the New Year as an excuse for reflection and goal setting for both the year gone by and the new one that was on the horizon.

Spring cleaning; that’s how we now know it, was originally a New Years tradition performed annually by the Chinese who would use the period to put their homes into order.

These days, in the modern world - We use New Year’s as a signpost opportunity for a reset, often setting goals and boundaries around self improvement

Improvements that we can never seem to stick with…

Why Do So Many People Fail Their New Year’s Resolutions?

Psychologists suggest that psychologically, a resolution is an uphill battle with many mental obstacles to overcome accordingly.

Let’s test that theory, recalling some of the previous years resolutions you’ve undertaken and how long a period elapsed before gently unravelling.

It’s a common experience that is shared by millions worldwide.

Did you know that only 8% of people achieve their intended goals?

And as an extension to that, 45% of people admitted that they set a goal at the beginning of the year!

But why do we find it so difficult sticking to these goals?

Psychologists suggest that we’re prone to overestimating ourselves and as a result set too lofty ambitions for us to handle. After all, let’s say I wanted to commit to going to the gym 3 days a week. It sounds fairly simple right? But as soon as I inevitably miss a few sessions it becomes too easy to slip into apathy towards the whole thing and eventually give up altogether…And speaking of lofty ambitions…

Let’s say I had also set the goal of having a body like Cristiano Ronaldo by the end of the year. Needless to say, I'm not Cristiano Ronaldo and it’s unfair to aspire to looking like anything other than a fitter version of Harry. Which is nice, but not quite Cristiano Ronaldo. Ronaldo himself has been a dedicated athlete at the top echelons of football for years now.

To think that I could swagger into a gym three times a week after a long period of inactivity and somehow believe that would entitle me to an eight pack is frankly deluded… and as a result after a month of effort and still not looking like Cristiano Ronaldo I would likely become disillusioned and quit.

The cure for this is to set easy goals. Think to yourself, “What’s the easiest step I could make in the direction that I want to go?” Seriously, make it so easy it would be harder to not do it.

Following on from that, why not set goals it would be super easy to achieve? For example, let’s say I wanted to remedy my inactivity and get into better shape. An appropriate goal would be to commit to joining a gym and just going to my first session. After that bite sized goal is achieved I will then be motivated to set new goals, and so the rhythm is set.

Our Top 5 New Year’s Resolutions Worth Making In 2022

Commonly people wish to get their s**t together. But what exactly is the the s**t? And how would one go about getting it together?

Big big question; one that we’ve covered previously on getting yourself together that you can check out here!

When people refer to getting themselves together, often they just want to feel more in control of their lives and the chaos that comes with it.

We would recommend that you take a look around you and see just what it is you currently have control over, what you would like to change and look at the steps you can take to move in that direction.

A good place to start? We can’t speak for everyone, but if your friends owe you money - what are you doing? Download Collctiv and demand that they pay you back! It’s a good place to start feeling calmer heading into the new year.

Did you know that Collctiv is the number one alternative to PayPal Money Pools?

Check out our article here!

With Covid 19 firmly gripping the world; imposing travel restrictions, we anticipate that the world will continue along the path of opening up again this year.

The last year and a bit may have brought along a new brand of international cabin fever, especially if you’re someone who travels frequently or just enjoys exploring different lands!

Whilst the landscape of global travel still has restrictions we are seeing things gain stability and begin to look more like what we are used to.

For many people itching to get back out and travel once more, 2022 looks like it could end the bleak hello we’ve all been placed in for recent memory with most of Europe opening again providing that you’re fully vaccinated against Covid-19

Social beings; creatures of habit and necessity for connection and pandemic that restricted the act of seeing loved ones. 2021 allowed us to re-start our social lives following on from the pandemic - 2022 promises that we can further this even more.

I would argue that given the current global movement towards indoor work, with many of us finding ourselves in zoom meetings and working from home. Real connection is more valuable than ever, necessity looks like seeing your loved ones more frequently.

It’s looking like the lifeblood of a world increasingly becoming digital.

A wholesome resolution amongst an increasingly convoluted world, craft some time to see friends weekly. Perhaps you could start a sports team? Perhaps you’ve thought about a group holiday or a weekly lunch with friends?

Either way we think it’s important to see our loved ones as much as possible in 2022!‍

We all probably got a little comfortable in the last lockdown, it’s very easy to slip into lethargic habits and reside firmly within your comfort zone.

2022 is a good time to break your duck and go beyond, always wanted to try climbing?

It’s a stonewall cliché; every year we are bombarded with new statistics, scientist’s and influencers encouraging us to get outside and move more!

It seems to be sound advice. After all, all those people can’t be wrong can they?

Deep down we would probably like to lose a bit more weight, gain a bit more muscle; even just be able to get the shopping from the car to the house!

I commented earlier on how a lot of people fail in their goals simply because they set the bar at an unreasonable height.

And it’s for this reason that I propose the goal of ‘moving more’ and purposefully vague.

I’m suggesting a goal so broad in its simplicity that something as simple as walking to the shops as opposed to driving can be seen as an accomplishment!

Run a few kilometres or just jog round the park

Join a football team or play Cricket with your kids!

It’s not about looking like James Bond or radically transforming yourself, it’s about being kind to yourself and making a personal commitment to move consistently!

The benefits will be tenfold

It’s alarming how many New Year's resolutions slip through the cracks, especially when you think about the level of motivation and desire that was used to create them in the first place!

Hopefully I’ve proposed a few gentler goals. One’s that will help you to reconnect with what’s important heading into 2022

The Collctiv team would like to sincerely wish everybody a happy and prosperous New Year, in whatever form that may take!