How to run a sweepstake for NBA All-Star Weekend 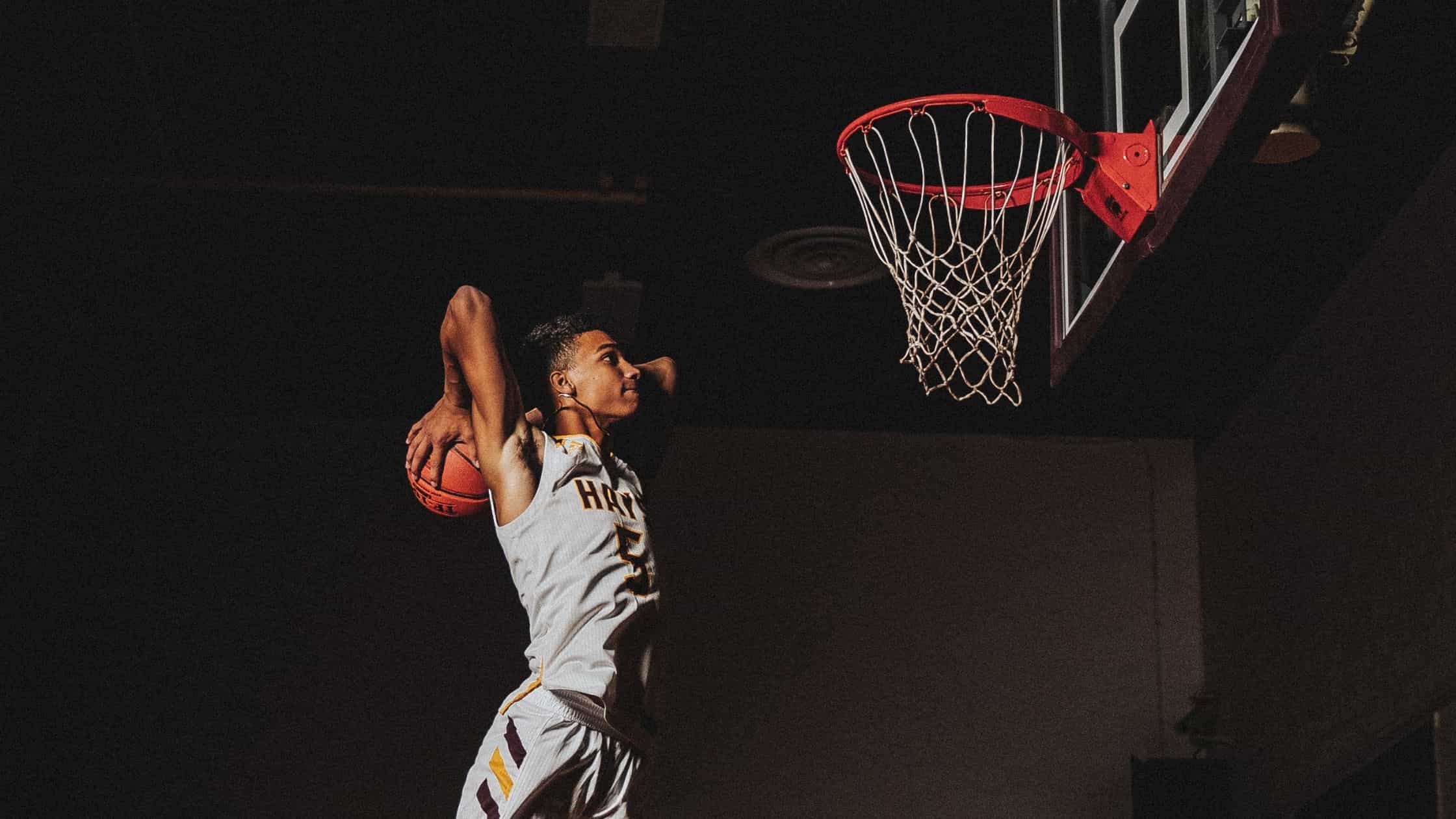 This season's NBA All-Star weekend is set to take place in Salt Lake City, Utah on February 17-19, 2023. The world’s best basketball players will descend on the city for a star-studded weekend that is sure to be full of must-watch events!

What is the NBA All-Star Weekend?

The National Basketball Association (NBA) All-Star weekend is held every February during the middle of the season, with a number of different events and exhibitions taking place from Friday to Monday, with the highly anticipated All-Star Game closing the weekend on the Sunday as the main event.

What is the NBA All-Star Game? The All-Star Game was first held in Boston Garden, Boston, MA in 1951 and since then as the popularity of the sport has grown domestically and internationally, so has the emphasis on the All-Star weekend. The huge influx of fans, media and celebrity faces means that all eyes fall on the host city for the three-day event. Each of the 32 NBA teams bids in advance to bring the event to their city and the weekend is hosted in a new city each year.

Today, the All-Star Game is led by two captains who are the players that have received the most votes from fans, players and members of the media. The captains take turns to choose players for their roster from the All-Star listed players, until a starting 5 for each time and 7 reserves is complete, creating a 12-man roster for each side. An NBA All-Star Ring is also awarded to every player selected for the game!

With the mixture of players from different NBA teams along with the friendly exhibition nature of the game, the results are often high scoring with players adding to the entertainment through friendly rivalries on-courts, huge slam dunks and skills that are less often seen in the regular season. This makes for great entertainment for viewers as the best of the best in the NBA are pitted against one another!

What games are played during the NBA All-Star Weekend?

As well as the previously mentioned All-Star Game, which serves as the main event, there are lots of other mini-games and exhibitions across Friday and Saturday that make this weekend truly memorable. Let’s take a look at some of these from the NBA All-Star Weekend 2023 schedule.

The Celebrity All-Star Game was first introduced for the 2002-2003 NBA All-Star Weekend and it now serves as one of the most talked about events of the weekend, with retired NBA players joining musicians, actors and athletes from other sports for their own version of the All-Star Game.

The likes of Justin Bieber, Jamie Foxx and Kevin Hart have all put their skills to the test in recent years. Tune in this year and see if your favorite musician can swap the stages of the biggest festivals for the hardwood floor of the NBA!

The most high-flying contest of the weekend (quite literally!) is the Slam Dunk Contest, where the league’s best dunkers go toe-to-toe in a two round competition, pushing gravity to the limit in aim of the perfect 50 score from the 5 observing judges.

First appearing in the 1976 All-Star Weekend, participants have pushed the boundaries of what’s humanly possible each year. From ‘No-look’ dunks, to dunking over mascots and fellow players, all the way to dunks starting at the free-throw line (Michael Jordan, we’re looking at you!). If you want to watch the best players getting creative to earn the title of the NBA Slam Dunk Champion, then this is an event not to be missed!

Established in 1994, the Rising Stars Challenge puts the spotlight on the NBA’s best young players to put on a show on the Friday of the All-Star Weekend. 12 rookies, 12 sophomores and 4 NBA G League Ignite players are selected to battle it out in a four team tournament.

The Rising Stars Challenge has been an opportunity for some of basketball’s greatest ever players such as Kobe Bryant and Allen Iverson to showcase their skills and this year’s is sure to be a must-watch!

First won by Larry Bird in 1986, the NBA’s best three-point shooters go up against each other in the ultimate shooting competition. Players have one minute to make as many shots as they can from behind the three-point line as they move between stations which have 5 balls prepared for them.

It won’t be a surprise to any basketball fan that Steph Curry, arguably the games greatest ever shooter, holds the record for the most points with 31 points (!!) from his appearance in 2021.

How can I watch the NBA All-Star Weekend with my friends and family?

The All-Star Weekend provides the perfect opportunity to put all team rivalries aside and allows people to come together to simply enjoy some of the greatest players in the NBA (and celebrity fans!) putting their skills on show.

The weekend (and in particular the All-Star Game), has huge attention and will be televised live on TV and no matter where you are, there’s sure to be a venue screening this. Why not head out to your local bar with your favorite people and absorb the excitement and drama that comes with the world’s best basketball players going up against each other in a number of events.

How can I run a sweepstake for the NBA All-Star Weekend?

For those amongst us looking to put their organizational skills to the test and run a number of pools at the same time, the NBA All-Star Weekend is the perfect opportunity to do so.

If you’re a master at sweepstakes (or just organizing in general!), there are lots of ways to get creative with a number of participants competing in the Three-Point Contest, Slam Dunk Contest and the hugely enjoyable Rising Stars Challenge tournament.

You could even go super simple on this and have some fun based on which of the chosen All-Stars will score the most points in the weekend's big All-Star Game finale!

So you’ve got commitment from everyone, the teams/individuals are all ready to be selected from your physical/virtual hat, but before you go any further you need people to chip in their entry fee. None of this works without the prize money, right?

The next problem comes in the slightly unusual form of actually receiving the money (yes, receiving money can actually cause a problem), as you have requests from people to pay you by Zelle, Cash App, Venmo, PayPal or the dreaded check.

All of a sudden you’re losing track of who has and hasn’t paid, and the admin to keep up with this has become a full-time job. You may also have a hybrid way of working which means a number of people want to give you cash in the office instead.

Now you’ve got a mixture of random coins/notes in your hand that need to be cashed into your bank, payments in your Venmo account hidden amongst your personal transactions and the ongoing problem of some people who haven’t got around to paying you because they need to set up a Zelle account and actually paying you has become a job for later, and then for tomorrow, and then for the day after…… (you get the point).

The money sits in the pot you’ve created for the specific event and can then be withdrawn to your bank account in a lump sum so it all remains ring-fenced until you have the final amount in advance. Say goodbye to the time and effort that comes with scrolling through pages of lunch meal deals and morning coffees to find out if Paul from IT has actually paid the money he owes. Instead, you can track the total amount you’ve received along with the names of the people who have paid you.