How to run a sweepstake for the Golf Majors 2023 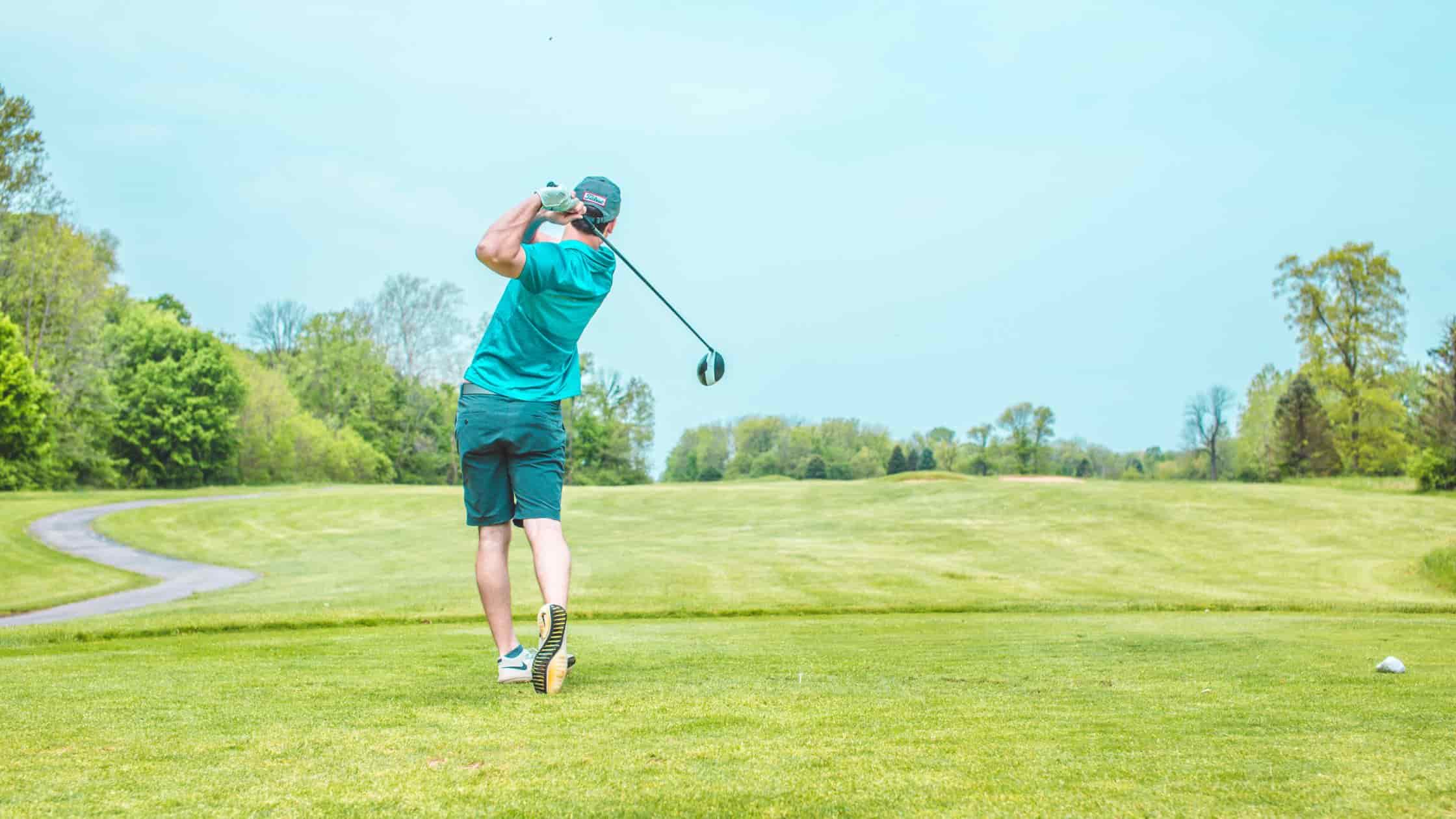 ‍What are the Golf Majors?‍

The Majors are the four most prestigious events in professional golf, held each year, with 462 majors played to date. A total of 230 different men have managed to win majors, with 84 of them having won at least two.

The Men's Major Golf Championships, commonly known as the Major Championships, and often referred to simply as ‘The Majors’, are the most prestigious tournaments in golf.

Historically, the National Open and Amateur championships of Great Britain and the United States were regarded as the Majors. With the rise of professional golf in the middle of the twentieth century, the Majors became these four globally recognized major championships:

Alongside the biennial Ryder Cup team competition, the majors are golf's most important events. Elite players from all over the world participate in them, and the reputations of the greatest players in golf history are largely based on the number and variety of major championship victories they accumulate. The top prizes are not actually the largest in golf, but winning a major boosts a player's career far more than winning any other tournament.

Just five men have won all four Majors across the course of their careers – known as the career grand slam. They are Gene Sarazen, Ben Hogan, Gary Player, Jack Nicklaus and Tiger Woods. Of the current players, Rory McIlroy, Jordan Spieth and Phil Mickelson are all one Major away from joining them, needing to win The Masters, US PGA Championship and US Open respectively.

When is the next Golf Majors Tournament?

The 2023 Majors will take place over a couple of months of the Spring/Summer from April to July, each month holding a different tournament. The tournaments typically compete over a weekend, starting on a Thursday and finishing on a Sunday.

First is The Masters that will take place from April 6 to April 9, 2023. Scottie Scheffler will be looking to defend his win from 2022.

Second is The PGA Championship that will take place from May 18 to May 21 2023. This time it is Justin Thomas who will be defending his 2022 title.

The penultimate competition is The US Open that will be held from June 15 to June 18. English golfer, Matt Fitzpatrick, is last year’s titleholder.

And last, but not certainly not least, is The Open from July 20 to July 23. Australian Cam Smith will be hoping that he can take the trophy for the second year running.

Where will the 2023 Golf Majors Tournament take place?

Sometimes referred to as the U.S. Masters, the season's first major championship, is the only major that is played at the same course every year - Augusta National Golf Club - being the invitational tournament of that club. The traditions of Augusta during Tournament week, such as the Champion's Dinner, Par 3 Contest, and awarding of a green jacket to the champion, create a distinctive character for the tournament. The course itself, with its lack of primary rough but severely undulating fairways and greens, traditional pin placements, and punitive use of ponds and creeks on several key holes on the back nine also a major contribution to this.

Sometimes referred to as the U.S. PGA, which from 2019 is the year's second major, is traditionally played at a parkland club in the United States. The courses chosen tend to be as difficult as those chosen for the U.S. Open.  The 2023 PGA Championship will be played at The Oak Hill Country Club in Rochester, New York. When the PGA Championship was held in August, it was frequently affected by the high heat and humidity that characterize the summer climate of much of the U.S., which often set it apart as a challenge from (in particular) the Open Championship, an event often played in cooler and rainy weather. With the 2019 move to a May date, heat and humidity are less likely to have major effects on the competition.

Notorious for being played on difficult courses that have tight fairways, challenging greens, demanding pin positions and thick and high rough, placing a great premium on accuracy, especially with driving and approach play. The 2023 US Open will take place at The Los Angeles Country Club. The Sunday of the Championship has in recent years fallen on Father's Day (at least as recognized in the US and the UK) which has regularly added poignancy to winners' speeches.

The only part of the Majors to be played outside the US.  Sometimes referred to as the British Open, The Open is organized by The R&A, an offshoot of The Royal and Ancient Golf Club of St Andrews, and is typically played on a links-style course in the United Kingdom (primarily Scotland or England). It carries the prestige of being the oldest professional golf tournament currently in existence and the original “Open” championship (although the very first event was held only for British professionals). It is respected for maintaining the tradition of links play that dates back to the very invention of the game in Scotland. The 2023 Open will be played at Royal Liverpool near to Hoylake, Liverpool in the United Kingdom.

The champion receives (and has his name inscribed on the base of) the famous Claret Jug, a trophy that dates back to 1872 (champions from 1860 until 1871 received instead a championship belt, much like a champion professional boxer's belt nowadays). The engraving of the champions' name on the trophy before them receiving it, is in itself one of the traditions of the closing ceremony of the championship, as is the award of the silver medal to the leading amateur player to have made the cut to play the last 36 holes.

How can I celebrate?

Nothing quite adds to the excitement of the golfing game like a sweepstake being decided on the day.

For those amongst us looking to put their organizational skills to the test and run a number of pools at the same time, the Majors is the perfect opportunity to do so. Why not have a sweepstake for all four elements of the tournament? Four chances of winning? Count me in!

We've made a sweepstake generator just for you. Simply pop in the team names, then the names of the participants (it doesn't matter how many) and you're ready to go!

So you’ve got commitment from everyone, the individuals are all ready to be selected from your physical/virtual hat, but before you go any further you need people to chip in their entry fee. None of this works without the prize money, right?

The next problem comes in the slightly unusual form of actually receiving the money (yes, receiving money can actually cause a problem), as you have requests from people to pay you by Zelle, Cash App, Venmo, PayPal or the dreaded cheque.

All of a sudden you’re losing track of who has and hasn’t paid, and the admin to keep up with this has become a full-time job. You may also have a hybrid way of working which means a number of people want to give you cash in the office instead.

Now you’ve got a mixture of random coins/notes in your hand that need to be cashed into your bank, payments in your Venmo account hidden amongst your personal transactions and the ongoing problem of some people who haven’t got around to paying you because they need to set up a Zelle account and actually paying you has become a job for later, and then for tomorrow, and then for the day after…… (you get the point).

We’ve made it easy for you as an organizer to collect money, and we’ve also made it super simple for contributors to pay into your pot. Setting up a Collctiv pot can be done in less than a minute and sharing the payment link or QR code with your group is even easier, no matter the channel you use to communicate.

The money sits in the pot you’ve created for the specific event and can then be withdrawn to your bank account in a lump sum, so it all remains ring-fenced until you have the final amount in advance. Say goodbye to the time and effort that comes with scrolling through pages of lunch meal deals and morning coffees to find out if Paul from IT has actually paid the money he owes. Instead, you can track the total amount you’ve received along with the names of the people who have paid you.