How Do Secret Santas Work? 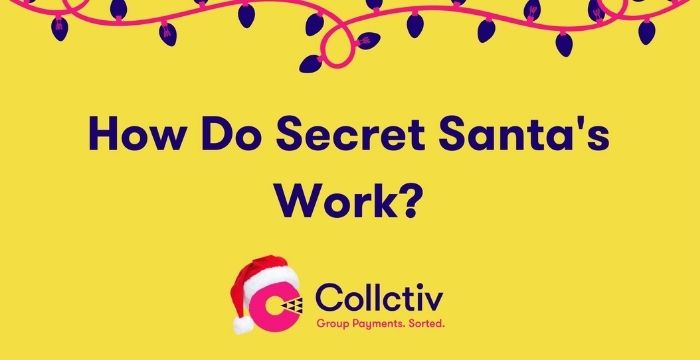 A quick guide to a modern tradition that's rooted firmly in generosity.

Alongside Christmas trees, carol singing and Santa Claus. Gift giving is easily one of the foundational elements of what makes Christmas so intoxicating, if not one of the more polarizing elements of the festive season.

Ever since Jesus himself was presented gold, frankincense and myrrh by three wise old men, gift-giving has been adopted by the western world as a method of showing warmth and gratitude to our loved ones.

In true entitled western fashion, greed has dictated that we’ve found a way to extrapolate all the original intention into something a bit more soulless and bland. As such we are now seasonally faced with workplace antics that are vessels for an excuse to be inappropriate and not funny. Methods of escapism that illustrate just how desperate we are to not be us. In a world that constantly takes advantage of our underlying suffering, conducting a self-serving loop of perpetual self-hatred... ahem, moving on.

Where secret Santa stands out is in its truly remarkable origin story and the faith in which it was born. A true modern lesson in compassion at a time where it is grossly necessary.

I will tell you about such origins now.

What Is Secret Santa?

Secret Santa is a game in which competitors must give gifts to one another. Played in groups; often coinciding with social circles, workplaces and family. The idea is that each person selects another at random and then subsequently purchases them a gift without them knowing.

Sometimes referred to as Kris Kringle in the UK and Ireland, which has roots in Dutch as the fervent word for ‘Christ Child’. It’s a common tradition to impose regulations on the game including spending limits and the desire to evoke a specific emotion such as ‘funny’.

Other regions have their own twists, for example, my personal favourite is the Swedish ‘Julklapp’ formed from the words ‘Jul’ which is the word for Christmas and ‘Klapp’ which is the word for tap. In this variation, participants instead leave presents at each others doors, alerting the other simply by tapping on their door and then running away. So you never find out who the gift giver was. Isn’t that sweet?

What Is The Origin Of Secret Santa?

How did we get here? How can we trace the origins of this Christmas tradition?

It all begins with this bloke Larry Dean Stewart, an American philanthropist who made a practice of giving out anonymous cash gifts around the festive season in his native Mississippi and Kansas where he lived.

Said to have given away 1.5 million dollars over 20 years. Larry began this tradition after he was subjected to a similar act of kindness from a stranger, who bought him Breakfast one Christmas at a time when he was largely down on his luck.

The act had a profound effect on Larry. Over the Christmas period, he decided to make a habit of giving away 100 dollar bills to those in need. In doing so he earned himself the nickname ‘Secret Santa’, the originator of the game!

Larry remained anonymous until just before his death of oesophageal cancer in 2006.

How To Play Secret Santa?

So how does one participate in the game and what are the rules that pertain to it? Look no further, Collctiv have you covered!

And that’s all there is to it. Entirely simple but endlessly wholesome with shades amongst nations and rooted in the warmest intentions. ‘Secret Santa’ ‘Kris Kingle’ and whatever else you may refer to as it provides us annually with an opportunity to reconnect with the fibres of a season forged in compassion and warmth. Values that are quick fading amongst modernity.

Can You Play Secret Santa With An Odd Number Of Players?

Yes, of course! Secret Santa does not exclusively belong to social groups with even digits. The real number you want to avoid here is 2! With two people you have essentially destroyed any chance of anonymity, which is the fun part of the game!

I would strongly urge everybody to take something from Larry Dean Stewart, his remarkable story and the virtues of being compassionate at Christmas. And with the same breath, I would like to wish everyone a very merry, safe and warm Christmas however you may choose to spend it!

Tired of being left out of pocket? Collctiv is the number one alternative to Money Pools!