How Can I Organise My Life? (8 Habits Of The Highly Successful) 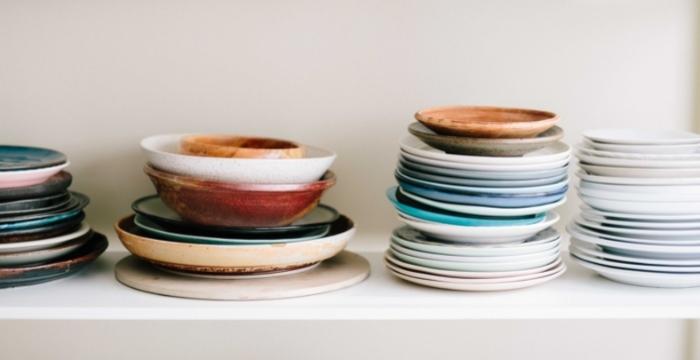 You’ve felt it. Most likely we all have. It’s the creep of inertia along your neck. You’ve navigated life with a reputation for procrastination, being late and scraping deadlines. Now you’re settled into adulthood, your reputation has served you; you’ve sort of accepted it. It’s fine. This is me. I’ve created an okay life. I’m not dead yet and everything’s good.

I’m here to fly the flag of radical change. Putting forth the arguments as to why organisation is the necessary and most sensible course of action should you want to qualm chaos.

I will warn you. As a procrastinator, these propositions will come with substantial resistance. Push through it though. It will be worth it.

The beauty of being more organised is that it turns life into a game as opposed to a burden.

It hems anxiety and sews in confidence. It’s like multivitamins for responsibility.

I’m a Contributor. I’m also fiercely independent with a burning itch to dismiss authority. A few years ago, had you suggested that I implement some form of order, I would likely have slapped you around the chin.

I was also terribly anxious at this point, I couldn’t figure why?

Nowadays, I lean hard on routines. It’s actually what keeps my fire burning. And if life is burning well? Words just crumble out, It’s the ash of my life force.

My point is that by administering order, I have applied calm to the chaotic nature of everything. One baby step at a time.

In Organising, the calendar reigns supreme. Why? Any Organisers will tell you. You cannot succeed in planning without some form of Calendar.

Every transaction. Every schedule. Every date.

If you struggle with Organising, knowing where you need to be and controlling environments, you must put faith in the calendar. Failure to do so will be grotesque and the consequences catastrophic.

2. EVERYTHING IN ITS RIGHT PLACE

Let’s talk about Feng Shui via a fresh dose of cliché. It’s a drag, but “cluttered room, cluttered mind” really stands up. If you feel overwhelmed by life, a good place to start is your immediate environment.

By feeling calm and in control of our own home, we can start to look outwards into ways we can simplify other parts of our being. Sorting something nearby can also provide you with a near-immediate Dopamine boost. Provoking you into completing other tasks.

Fixing your environment can be as simple as placing your keys in the same place every day. If you’re someone who misplaces things, this goes a long way in finding clarity.

3. Play To Your Strengths!

We are all built differently. A beautiful fact of life. Some thrive in the evenings. Others are bouncing around the kitchen at 5am.

An important detail to bear in mind when starting this journey is to be kind to yourself; play to your strengths.

If you burn out in the evening. Schedule time for focussed work in the morning.

If you can’t fathom exercising first thing. Get moving after work!

By taking the time to recognize your own strengths and organising around your superpowers, you will maximise your productivity and feel better in the process.

On the subject of playing to your strengths. Never underestimate the power of self-reward. The small Dopamine hits will help you feel good about yourself. Whether this is video games or Chocolate. Positive reinforcement is key in any form of habit building.

5. Do Things Right Away

I’m the worst for this particular crime. If somebody asks me to do something or I see something that needs to be done, I will take a mental note, totally forget and then live with the consequences of not doing it later.

The simple fix is to just do things as they arise. You can only fix whatever is in front of you. The dishwasher needs loading? Do it now! Remembered it’s your Mums birthday next week and you haven’t yet bought her a gift? Do it now!

By tackling things head-on we prevent an overwhelming build-up of chaos that was previously in our control. Should they pile, It will further exacerbate anxiety and inertia. The antithesis of Organisation.

If the calendar is King. Routine Is royal. If you want to organise better, start with a consistent routine. If you’re like me, the mere mention of routine feels claustrophobic and oh so hot under the proverbial collar.

No change ever has to be overwhelming. In fact, I encourage the opposite. Start with something small and manageable. Something it would be impossible to not do. That way you won’t scare off your brain and relapse into squalor.

I suggest taking a moment to think about one thing you would like to change. Implement that daily and you’re on the way.

Feeling lethargic? Commit to a sleep routine or even breakfast!

We’re ultimately creatures of habit. Giving your brain something to latch onto you will increase the chances of getting everything under control.

Good habits and good routines become the cornerstone of a life well managed.

Money mismanagement is the greatest plague of our society. Personally, I blame the education system. But facts are facts. It’s commonplace to hear a wad of excuses including. “I’m just bad with money” more often than you can count. It’s frequent. It’s eroding.

It’s madness. Leaving school I could do algebra but had no concept of personal finance.

Rants aside. This is a source of suffering for a lot of people. Society breeds us to be addicted to consuming, preying on an ingrained lack of self-esteem.

Rants of rants aside. How can you better manage financial woes?

It’s an ongoing process that begins with budgeting. Calculate your monthly income. Create some form of savings goal. Be it travel, house savings or perhaps just a new pair of shoes. Something to be excited about. Work out how much you need to budget to get there.

Put that money aside each month and don’t touch it. Have discipline. Make allowances for utilities and then with the rest? Go crazy! You earned it after all!

Done properly, budgeting gives you peace of mind and builds wealth. It’s also quite fun. Just don’t forget to pay back your friends!

8. Pay Back Your Friends!

Get the slate clean!

If your own life is chaotic, that can be fine, in a way. It’s your mess; your responsibility after all. But you wanna know how to ramp up anxiety?

By dragging in others!

The average Organiser is owed £98 by friends, family and contributors. A.K.A you!

By prioritising your debts you can begin to feel at peace knowing that whatever’s left is not impacting anybody else at the end of the day.

You can use Collctiv for this part and all.

I would procrastinate because I didn’t know where to start. I masked my incompetence as a preference to be free-spirited. In reality, I was drowning in my inability to cope.

Being at Collctiv has now strengthened my bond with a better managed lifestyle. I would owe friends and family money for a copious amount of things. As a tool, Collctiv is the first step in remedying that. I wish I had access to that then.

Creatively now I thrive. My output has increased; the spirit of Kurt Cobain is not frowning on me because I pre-prepared a chilli for lunch this week. It’s more rock n roll than ever!

This universe still loves me; I’m going to be okay.

To live is to suffer. To organise is to tame the beast.

On which side do you stand?

Tired of being left out of pocket? It’s free to download our app! Click here for the app store or alternatively, here for google play!
Furthermore, check out our website for more information; more blog content. Including our take on why we are the best alternative to Money Pools. 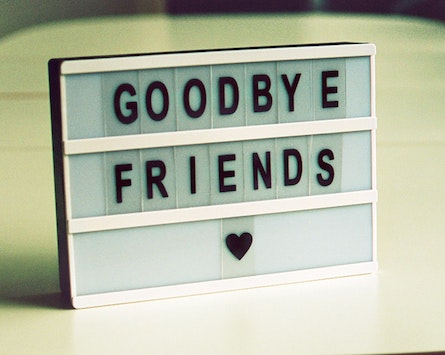