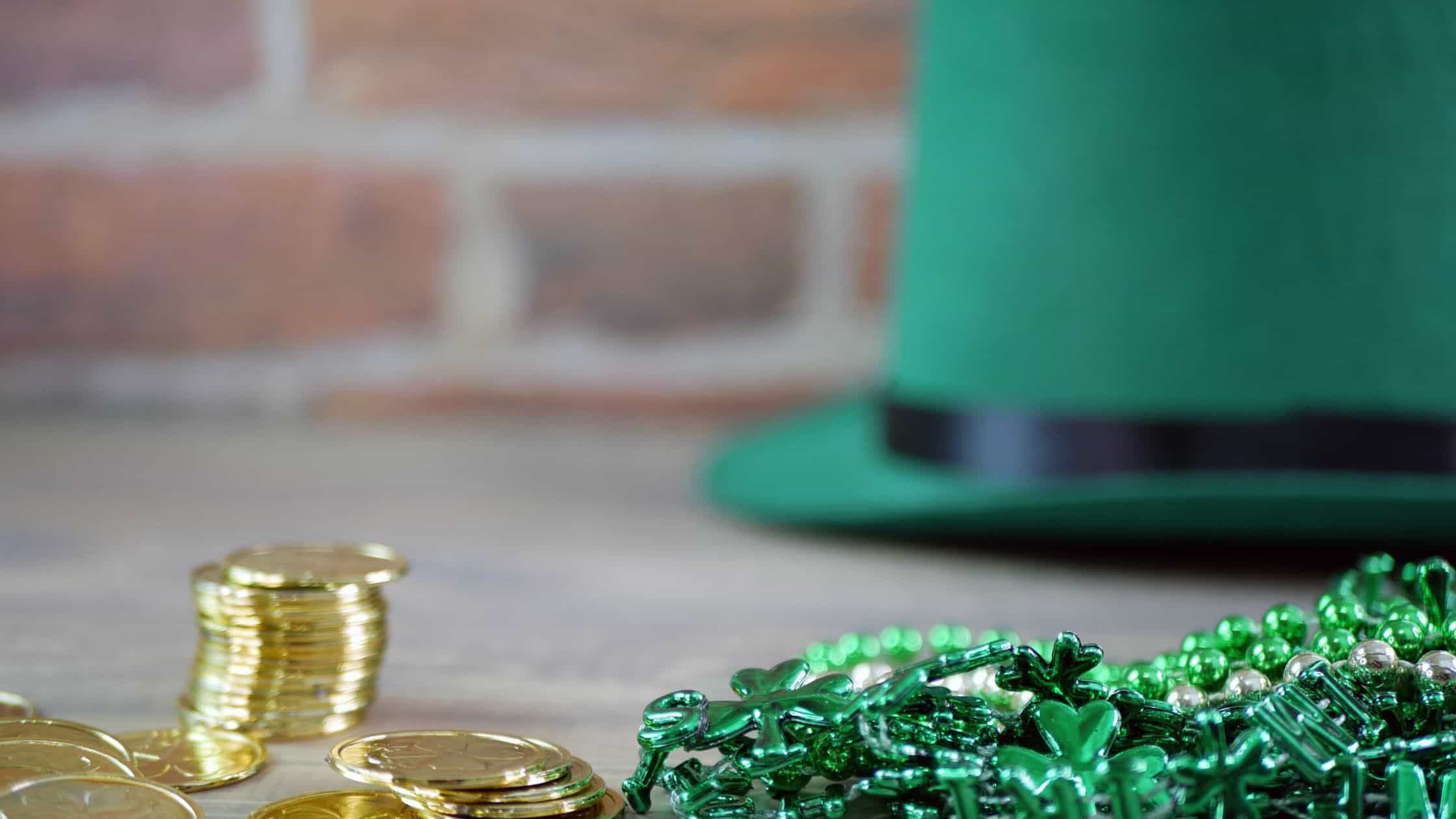 St. Patrick's Day 2023 takes place on 17 March - the traditional death date of Saint Patrick,the foremost patron saint of Ireland and is a bank holiday in the Republic of Ireland and Northern Ireland. Although it is not a guaranteed day off in these countries, it is also widely celebrated in the United Kingdom, Canada, United States, Argentina, Australia and New Zealand, especially amongst those who have Irish origins.

Why do we celebrate St Patrick’s Day?

The day commemorates Saint Patrick and the arrival of Christianity in Ireland, and celebrates the heritage and culture of the Irish in general. Saint Patrick's Day is celebrated in more countries than any other national festival.

Celebrations generally involve public parades and festivals, céilithe (a traditional gaelic social gathering), and the wearing of green attire or shamrocks. Christians who belong to liturgical denominations also attend church services and historically Lent restrictions on eating and drinking alcohol were lifted for the day, which has encouraged and propagated the holiday's tradition of alcohol consumption.

Modern celebrations have been greatly influenced by those who have spread from their homeland, particularly those in North America.

How do you say ‘Happy St Patrick’s Day’ in Irish?

Lá fhéile Pádraig sona dhaoibh! (Pronounced ah leh PAH-drig SUN-uh YEE-uv)
This sentiment adapts the basic way of wishing someone a happy St. Patrick's Day to a plural form. Use this version when you are talking to two or more people.

So how can you get involved?

The easiest way to show you are celebrating St Patrick's Day is to accessorise your outfit! There are lots of St Patrick’s Day accessories to be had, anything from head boppers to a sequin tutu or feather boas to lapel pins - the world is your oyster.

Take it that one step further and buy yourself a St Patrick’s Day T-Shirt - there are so many options online from more traditional t-shirts to funnier ones or even rude ones if you are feeling brave enough! Or, perhaps support a smaller business and browse Etsy - there are loads of styles to choose from and most can be personalised too.

Hosting a party? There are numerous bits and bobs to make your venue scream St Patrick’s Day. From Shamrock Centerpieces to Irish Flag Bunting and Shamrock Fairy Lights to personalised banners - you can decorate on a friendly budget.

Go to a big city for the best atmosphere

You don’t have to go to Ireland to enjoy the party atmosphere of St Patrick’s Day; there's plenty going on in other cities across the world - especially London. Celebrate London’s St Patrick’s Day Festival on Sunday 12 March in Trafalgar Square. Now in its 20th year, the Mayor’s annual shindig has become a highlight of London’s cultural calendar, as Londoners and visitors unite in celebrating the great contributions Irish people have made to the city.

There’ll be the best of Irish arts, culture, food, music to enjoy, and more, including the spectacular annual parade. The parade starts at Hyde Park Corner, then travels through Piccadilly, St James’s Street, Pall Mall, Cockspur Street and Whitehall with more than 50,000 people expected to join the annual procession of Irish marching bands, dance troupes and pageantry.

St Patrick’s Day is the perfect opportunity to celebrate the enduring strength of the relationship between the British and Irish.

If you are going to be celebrating in style with a load of friends, you want maximum time to enjoy yourself and minimum time playing accountant! Worse still are the unending questions of ‘whose round is it’ which get more plentiful and slightly less well articulated as the day/night draws on, and then there’s the lurkers that wait until everyone is half-cut and don’t notice that they’ve not chipped in for a round. Yep, you know who you are (Dave….it’s always Dave).

So what about this option? Before the event, when everyone is the best and most sober version of themselves, create a kitty. Everyone pools the same amount of money into one place that can then be withdrawn and taken out as cash for the event, or the one person organising it goes and gets the rounds in. That way everyone has paid an equal amount, there’s no swerving rounds, it doesn’t matter whose turn it is….you can just focus on having fun!

That’s what Collctiv is here for, to make life easier for organisers. You have researched the places you are going, the dress code, you’ve booked tables, taxis, shared train times….you’ve basically done everything for everyone and yet it’s still you left out of pocket.

Take accommodation or the Uber home as another example. You researched and booked the hotel, you paid the deposit and then find yourself on the night having to be the fun sponge/debt collector getting YOUR money back!!

Who books the Uber? You. Always. Meaning you pay for it. By the time everyone surfaces the next day, the £40 you had to shell out is a distant memory as you whisper over bacon sandwiches!

We’ve made it easy for you as an organiser to collect money, and we’ve also made it super simple for contributors to pay into your pot. Setting up a Collctiv pot can be done in less than a minute and sharing the payment link or QR code with your group is even easier, no matter the channel you use to communicate.

The money sits in the pot you’ve created for the specific event and can then be withdrawn to your bank account in a lump sum, so it all remains ring-fenced until you have the final amount in advance. Say goodbye to the time and effort that comes with scrolling through pages of lunch meal deals and morning coffees to find out if Joanne has actually paid the money she owes. Instead, you can track the total amount you’ve received along with the names of the people who have paid you.

Since 2019 Collctiv has helped over 550,000 people from 97 countries come together by making it simple for Organisers to collect money from groups. Whether it's accomodation and beer money, group holidays or grassroots sports teams - download our free app today and start bringing people together!