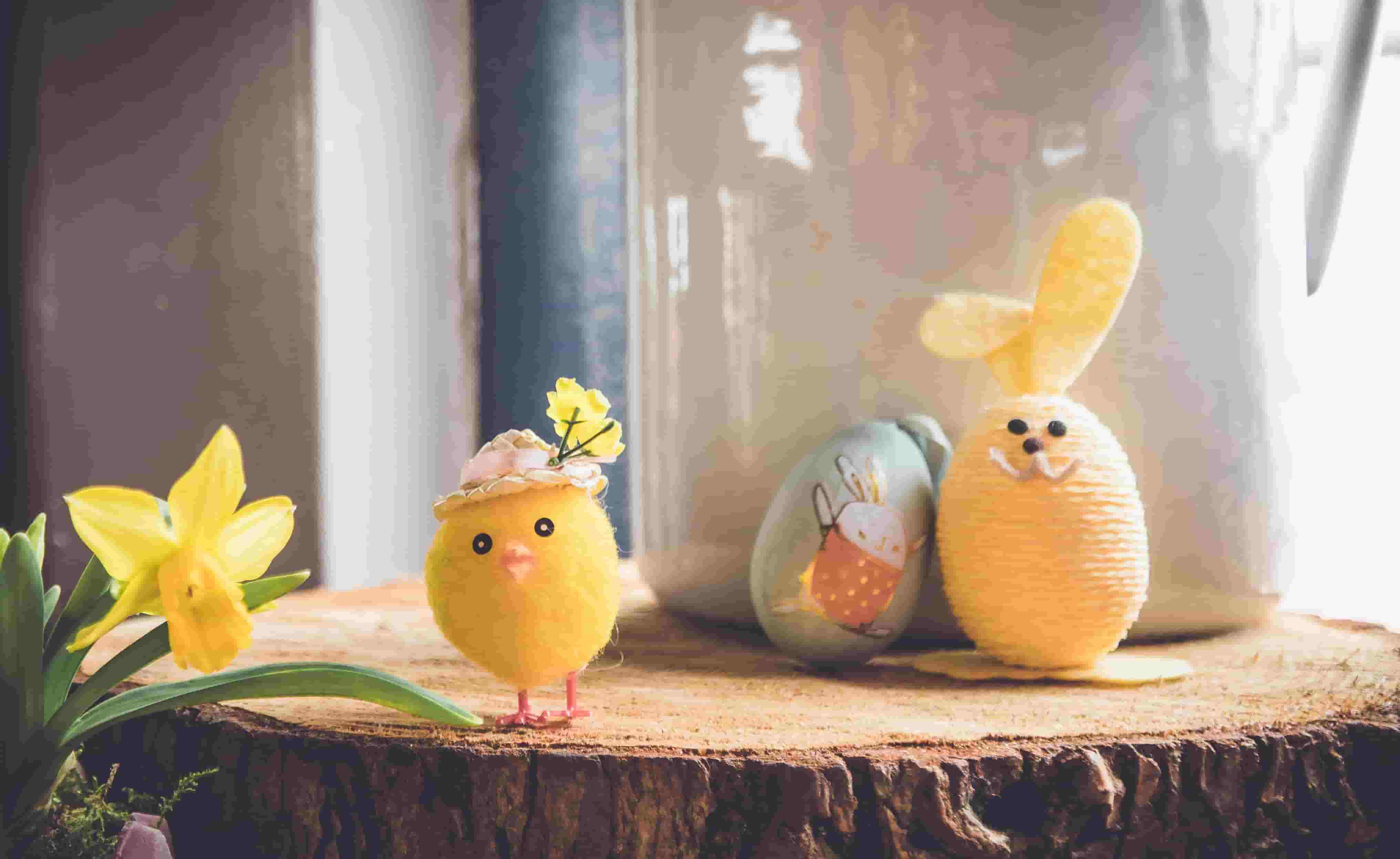 Why do we celebrate Easter?

Easter is a religious holiday celebrated by Christians to celebrate the resurrection of Jesus Christ, as described in the Bible's New Testament. It is thought by many that the word ‘Easter’ dates back to the late seventeenth century in England relating to the name of the pre-Christian goddess of spring and fertility called Eostre.

It is one of the principal holidays in the Christian calendar and is known as a joyful time, celebrated by special church services, chocolate easter eggs, and gatherings with family and friends.

Easter is determined by the calculation known as computus, being celebrated on the first Sunday after the paschal full moon - also known as the first full moon, on or after the 21st of March. This means that Easter Sunday in 2023 will fall on the 9th of April, with Good Friday being on the 7th of April and Easter Monday on the 10th of April.

Christians are called to follow in Jesus Christs' footsteps by serving the poor and putting others before themselves. Easter is the perfect reminder of this and many Christians (and even those in different denominations) will mark the occasions by giving to others.

Some Easter fundraising ideas for charities and churches in your community and beyond include:

If you are planning any (or all!) of these activities, there will be the logistical issue of handling lots of money (hopefully!). With pre-planned events, like egg decorating, you could collect the money from those taking part by bank transfer….but this will mean you having to share your personal details with a large number of people, a lot of whom you don’t know. It will also mean all of the money goes into your account (or the church or community group’s account) in lots of dribs and drabs, for various elements and with varying references (nobody ever follows an instruction to put x or y as a reference!)

Reconciling all of this is a full time job in itself (that let’s be honest, no-one has time for!) and furthermore, you feel like a crook or like people are questioning you despite giving up your own free time to make all of this happen. Not fair!

Then there’s good old cash…but since Covid, people carrying cash is much much less common. On top of this, if people do pay in cash, you then have to take all of that money to a branch (which are becoming less and less local) to pay it in. Nightmare!

Worry not! There is a solution that ringfences all of the money for each event you are running, in one place, is entirely digital and allows you to print a QR code that people can scan to pay for things like cakes, admission fees or cards. Download Collctiv for free and start collecting money today!

Local communities provide a sense of belonging and social connection. A strong community bonded by goals, values, and attitudes is an essential ingredient to enjoying life. Especially after the Covid19 pandemic, communities need to come together to support each other more than ever and Easter is a perfect time.

At Easter, many community groups and local charities will facilitate Easter egg donations - where you can give eggs for them to re-gift to those less fortunate to enjoy when they otherwise may not have.

Other ways to give at Easter include food and clothes donations not only to to local food banks and charities but also to the elderly and those less fortunate who you feel might be in need. Another option is volunteering, whether it be aiding your local church, serving in a soup kitchen, or being part of the community gardening group.

Why do we give eggs at Easter?

Easter eggs represent new life and rebirth which is one of the main takeaways from Easter. It represents Jesus emerging from the tomb and being resurrected. It is also said that in mediaeval times eating eggs was forbidden during Lent, which is defined as the 40 days before Easter. This meant that Easter Sunday was the time when people could eat eggs and it was seen as a real treat!

Easter 50 Challenge - Numerous charities are taking part in this event. Some of these include Rainbow Trust which is a charity that supports families with seriously ill children, Cancer Research UK, and Alzheimer's Society. The event is due to take place on Saturday 1st April in Windsor. The cost is £10 - 20 to enter and a minimum sponsorship total of £250. Take part in a 25km or 50km walk/run with a bbq at the end
Teenage Cancer Trust - they have created a page on their website for Easter fundraising ideas. These include an Easter egg hunt, an Easter-themed bake sale, and a floristry class to name a few.
Easter egg donations - lots of official charities run Easter Egg donation campaigns. These include the Royal Manchester Children's Hospital in Manchester and Noahs Ark Children's Hospital Charity in Wales. This will put a smile on the faces of the children and bring a bit of happiness to their day. They also have Easter donation pages on their websites if people would rather give money.

Easter Sunday is seen as the most important day of the year for Christians as it is the time of year that celebrates one of the critical moments in their religious history. A lot of churches start their celebrations on the night before Easter as services are held to commence the celebrations at midnight. Candles are lit to remind Christians that Jesus is the light of the world and in being resurrected he brought them eternal life.

To represent new life, churches are filled with flowers on Easter day. The Priests wear the brightest and best robes in celebration, songs are sung and the church bells are rung.

Every church has an offertory, which is a basket or plate where people visiting the church can give money to the church. In more recent times some churches have moved to online giving through their websites or social media pages to make it easier for people to give. Why not follow in the footsteps of a number of churches who have chosen to use Collctiv - they simply add the QR code to the offertory plate and it is, as is tradition, passed around for people to scan. They simply scan, pass the plate on and then using ApplePay, GooglePay or adding their card details, pay within 10 seconds. No cumbersome adding of pin numbers or waiting for a card machine to connect, no need to download an app, create an account or do any banking. Download Collctiv today and give it a try!

Lent is a period of 40 days leading up to Easter, which starts on Ash Wednesday and ends with the last week being Holy Week ending on Easter Sunday. It is a period of time in spring when the days begin to get longer and lighter.

To understand the sacrifice Jesus made when he went into the desert without food or water for 40 days, this is the time when people decide to give up something they love such as chocolate, alcohol, or even social media to test their self-discipline. Whilst on the other hand, others might decide to take up something like helping out others more or making more of an effort to be kind.

One way to give back to the community and those in need at Easter time is by donating the cost of the things you've given up for lent. For example, if someone gave up sweets and chocolate for lent, during their food shop rather than spending the money on other things they can donate the money they would've spent and put it in a pot, and at the end of the 40 days give the money collected to charity.

Why not use Collctiv to do this amongst your community or church group. Simply create a pot, share the link and people can, even at the supermarket checkout, put the couple of pounds they would usually have spent on chocolate into the charity pot!

Since 2019 Collctiv has helped over 550,000 people from 97 countries come together by making it simple for Organisers to collect money from groups of people. Whether it's a church gathering, community event, or giving to charity - download our free app today and start bringing people together!