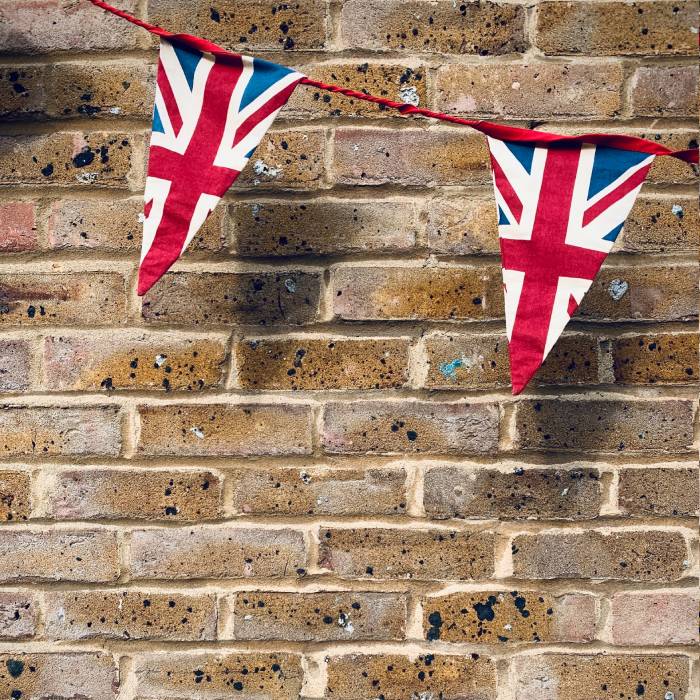 What is Buy British day?

Backed by the House of Commons, Buy British day is a day where everyone should play their part and buy something British. If everyone spent just £10 on something made in Britain the multiplier effect on the economy would be astronomical!
‍
Ironically the stamp ‘Made in Britain’ has long been seen as a badge of quality overseas but less so at home. Buy British Day was launched to try and change that.

It has been running as an official ‘day’ since 2014 but it feels with current circumstances and those of the recent past that it’s ever more important this year. Why?

1. This is the first Buy British day since we left the European Union, with a key motivator behind those who back this move being to improve trade conditions within the UK and enable British businesses to thrive.
2. Covid crippled many small businesses and independent traders who didn’t have the bankroll to sustain themselves when restrictions were put in place.
3. Local businesses that did manage to make it through, or have set up in the wake of Covid, need our help to see a ‘bounce back’ where bumper sales will allow them to dig themselves out of the inevitable debts they have had to incur to survive a global pandemic
4. Covid pushed many customers to the biggest players in the ecommerce field. The businesses that could afford to make all of the necessary changes to still trade….the Amazons, Ebays, ASOSs, Tesco’s etc… of this world
5. Habits are hard to change - many customers who were lost to these behemoths of e-commerce have not returned, instead finding the inevitable trappings of stored card details, all products in one place and sameday delivery too tempting to move back away from
6. There’s a current global financial crisis; this is making people very cost sensitive which in turn is playing into the hands of the big corporations who can offer much lower prices due to their economies of scale and global reach for production.
7. Sustainability is growing ever-more important. We are consuming our planet’s resources at a rate that it cannot support. Something needs to change. Or more probably lots of things need to change. One of those is the carbon footprint of things that we buy. In buying british, we are negating the need for products to be shipped from country to country and from port to distribution centre, thus massively decreasing the carbon footprint associated with each product.

The History of Buy British day

In 2014 an organisation called Best of Britannia organised a Buy British Day event in Clerkenwell, Central London, dedicated to promoting British brands and businesses.
‍
However, this was not the first time that a day, or a campaign, was established in honor of supporting British-produced goods. In 1968, a short-lived campaign called ‘I’m Backing Britain’ was created and put into action by five Surbiton secretaries who agreed to work an extra thirty minutes each day, without pay, to increase productivity and encourage others to do so the same. It drew an enormous response from the British public and quickly turned into a patriotic movement that even got the attention of the then Prime Minister, Harold Wilson.

Some even credit this incredibly random event as the reason for the high visibility of the Union Flag logo that littered the high streets. After that, media proprietor and former Member of Parliament, Robert Maxwell, expressed his desire to take over the campaign by changing its name to ‘Buy British.’ A few months before putting the plan into action, it was realised the campaign had not made an impact on businesses or the economy at all, and it was eventually scrapped.

It is said that, in 2014, this old, scrapped, and patriotic campaign was given a new life by the Best of Britannia organisation, and the British public has once again taken to buying British goods.

How can I support local businesses on Buy British day?

Here are some ways that you can support the Buy British movement:

The very first Buy British Day event was a market held in a small neighborhood in Central London. The event still takes place to this day and draws hordes of shoppers. There are Buy British events across the whole country and on top of that, there are always local maker’s markets that you can attend on the weekend before the day itself!

We hardly ever sort items we buy by country or brand. This Buy British Day, it can be fun to take stock of all the British-made items you have. Make a list, take pictures, create a Pinterest board! Don’t forget your cupboards and fridges - how much of your food supply comes from British suppliers?

For those things that aren’t British, is there an easy way to switch so that they can be sourced from Britain? Get your kids involved - they’ll love it!

Buying British is a mindset change that we all have to go through. In the hustle and bustle of everyday life, the project management task of running a home, longer working hours and more demands on our parental time being dad/mum taxi, touchline walker and sports day attender, it is easy to not be aware of what we are buying and where it comes from. This isn’t about perfection, it’s not about sourcing 100% of your product from British suppliers and it’s not about feeling guilty when we don’t or can’t Buy British. But as with anything, focus gets results. If you engage your household, your friends and family and get them onboard, the slightest movement towards buying British, multiplied by every household in the UK, is huge!

Convenience is one of the main drivers behind a purchase being made from one supplier or another. In the modern world, we can get pretty much anything we want pretty much when we want it. So find some go-to companies that source from British suppliers and are committed to this at their core. That way you get the convenience you need when you find Annie’s invite to Sienna’s party at the bottom of her school bag and it’s now just two days away and you need a gift, and at the same time are supporting local businesses and the UK economy directly.

Let me give you an example if I may……needi.co.uk.

The TL:DR on them - they are a personalised gift matching service that with just a teeny bit of information from you, gets you the perfect gift that your recipient will love. Almost even better than that? Their hand-picked team of merchants are…..you guessed it…..100% British.

Read on to find out more!

Who are needi and how do I access their personalised gifting service?

You may be wondering why, at this stage, I’m harping on about a company that isn’t the one I work for. Well, this will become clearer a little later on, but in the meantime, let me answer these two questions for you.

Founded by Lou and Steph in 2020, they started this innovative gifting platform with a clear vision in mind - to support small business, nurture meaningful connections, and spread E-N-D-L-E-S-S joy with the Gifts that Matter. Thanks to their cutting-edge Gift Matching service and thoughtful gift givers (like you), they are achieving all these things, and more. Today, needi is the platform that *finally* provides you with a stress-free and impactful way to shop for the people you care about. It’s home to thousands of thoughtful gifts, and showcases hundreds of fabulous independent businesses.

Every single one of the businesses that needi partner with are British based so you can be sure that anything you buy through needi is British. No research or investigation required!

Furthermore, all of needi’s marvellous merchants are independent businesses that are made up of husband and wife teams, solo entrepreneurs and family run businesses. Some are brand new and some have been going for decades!

They have a strict onboarding process, only offering services and products that they stand by themselves to ensure the highest quality and as it’s a curated list of different products, you don’t need to incessantly scroll through different variations of the same thing. What’s more, they look for really unique gifts that really mean something to the person that’s receiving it. They show thought and time have gone into it (no-one said anything about that having to be your thought and time!!!)

The other key thing which from a supportive standpoint is that needi view their merchants as an extension of themselves and so work closely with all of them to help them achieve their business goals. A female-led team of kind, talented powerhouses, they are a great example of a business that you can use time and again for all of your gifting needs, safe in the knowledge that in doing so you are supporting local businesses and the local economy.

I need to buy a group gift, how can I do that easily?

Gifting can be hard. Especially when it’s on behalf of a group. We get it. It’s a huge responsibility, whatever you collect sort of reflects on your efforts, even though that's not true. You do all of those reminders and chasers because you feel responsible for whatever is coming into that portal being used to collect.

You don't want to be just running around the last couple of days trying to get some things together but at the same time you don’t want to pile pressure on people to give money for a gift, especially right now when people might be struggling.

So you need something that will allow you to quickly and easily collect money, something that allows you to easily track what’s going on so you know exactly a final amount rather than having to select something on your bank account to say ‘paid in’ and check off everyone, and something that ensures you get the perfect present, including personalised ones, preferably all in one place.

That would be great, right?

Well I’m pleased to report that it exists. Collctiv is the number one way to collect money from a group and add to that the fact that directly through the app you can access the magic that is needi, you can achieve all of your goals by simply downloading the app. You’re buying British, supporting two innovative British companies and most importantly, putting a big smile on your gift recipient’s face!

Give it a try by clicking this link.

Since 2019 - Collctiv has helped over 320,000 people from 88 countries come together by making it simple for Organisers to collect money from groups. Whether it's group gifts, retirement presents or sports teams - download our free app today and start bringing people together!