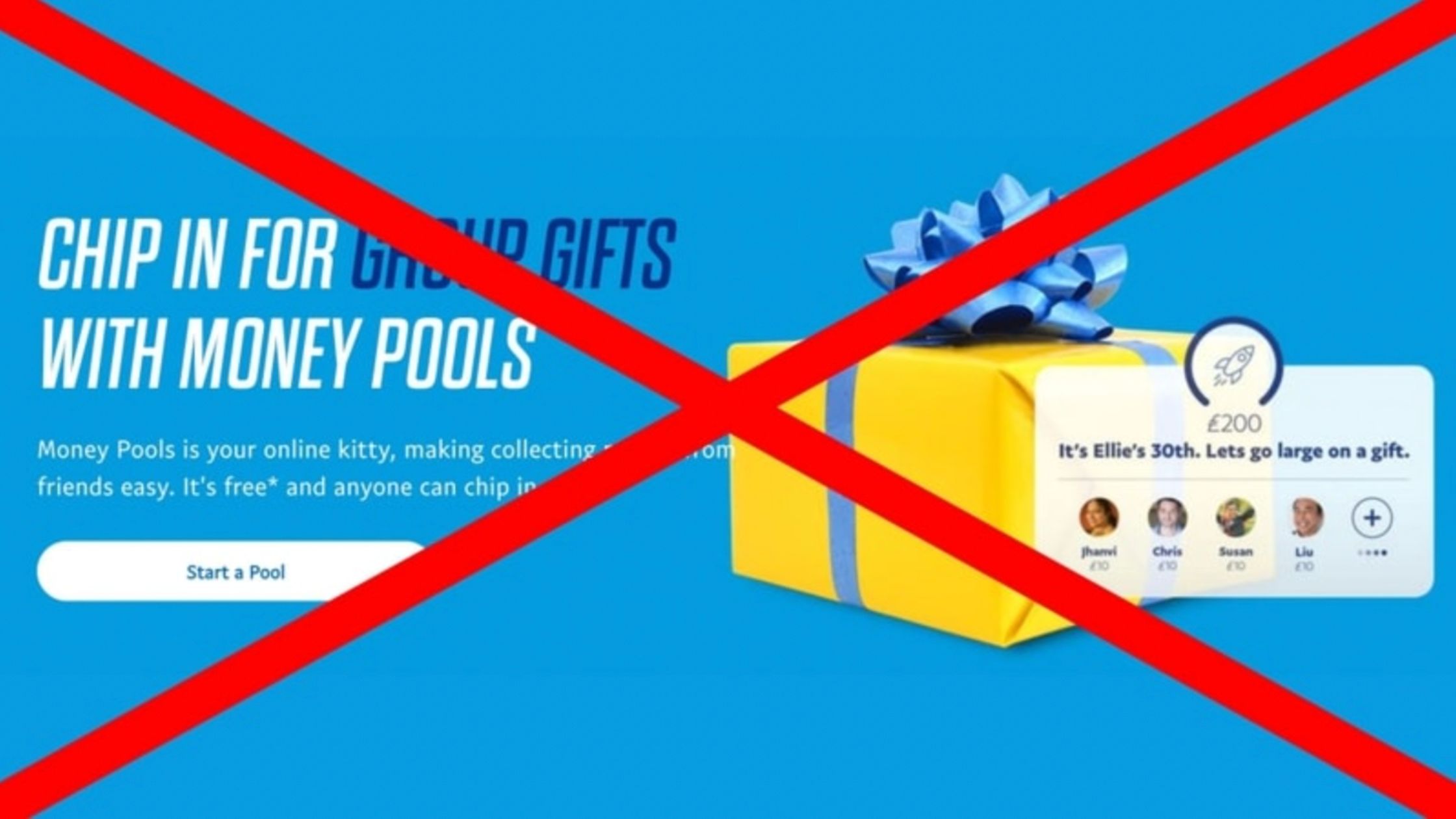 If you were a PayPal Money Pools user, you will know by now that you can't create a new money pool.

You might be thinking, 'how on earth am I going to collect money from my friends now!?' 😱 Don't worry! Collctiv's got you covered.

How do Money Pools work?

A money pool is simply a digital version of the old brown paper envelope that used to get passed around when someone was collecting cash for something. It's a way of simply and easily collecting money from a group of people, for a joint activity, booking or purchase. The Organizer in the group creates a money pool and then shares the payment link with the rest of the people in the group. Everyone else pays their dues, and once the pool has enough money in it, the Organizer can go ahead and buy or book the group item or activity. Money pools can be used to collect for anything that a group of people do together, from sports to holidays, gifts to activities - wherever we need to book or buy as a group, people are going to need to pool money to make it happen.

Why did PayPal Money Pools shut down?

It's a fine question, and although we contacted PayPal for an answer, for some reason they didn't get back to us 🤔 🤷 Nonetheless, we have a couple of thoughts, which we've popped into a whole separate blog over here.

We're Collctiv, a friendly bunch based in the UK 🇬🇧 We're a FinTech company, which simply means we use state-of-the-art financial technology 🤓 to make it easier for you to split payments with your friends. More specifically, we make it easier for you to collect money upfront from your group, so you don't have to pay out for people, crossing your fingers 🤞 and hoping they pay you back. Our founders are Amy Whitell (CEO) and Pete Casson (CTO), who between them have over 30 years experience building technologies and businesses that have real impact on people's lives. More importantly, Pete (a Contributor) used to owe Amy (an Organizer) money all the time. Nowadays, he has no excuse, and everything is right with the world 😌

What's the difference between a PayPal Money Pool and a Collctiv Pot?

While both things aim to be a digital way to pay dues, there are a few key differences between how PayPal Money Pools worked and how we went about creating the solution for every Organizer having to suck up costs out there:

Perhaps the most annoying thing about a PayPal Money pool was that everyone had to be a PayPal user to contribute to the pool. Which meant that if you were creating a family money stash for Grandpa's birthday, then your Nan needed to create a PayPal account. Or if Janice in Accounts was retiring, then the entire team needed to be PayPal users to be able to pay in for the leaving meal. No need for any of that nonsense with Collctiv. Once you've shared the payment link with your group, people just tap to pay in, using their debit or credit card, Apple Pay or Google Pay. No account creation, no app download, no banking, no fuss = more money in your pocket. You can thank us later.

I've got to live where exactly? 🌍

We've got to be fair and remember that PayPal was created in the 1990s, which was a glorious decade, giving us The Fresh Prince of Bel Air, an end to apartheid in South Africa, and the first three of the Harry Potter novels. All that notwithstanding, it was a time in history before smartphones were invented, when there was no Facebook, Bluetooth was unheard of, and when people thought 'broadband' meant a musical entourage with a few too many members. Perhaps because it's so old, PayPal Money Pools was not built to be used by global people who need to collect money from each other across borders. We are. Colleagues, family members, old friends - it doesn't matter where they are in the world, they can tap and pay into your Collctiv pot.

With Collctiv, you're in the driving seat: 🚗

PayPal's Money Pools were fairly restrictive in their creation process, including requiring you to put a deadline on the pool, which had to be within 30 days. But what if you need your pool to be open for longer than that? With Collctiv, you can set deadlines if you like, or pop a target on if you're trying to hit a certain amount. Or not. It's up to you, we're not your parents.

As the creator of a PayPal Money Pool, you couldn't actually contribute to your own pool. Huh? Yep, doesn't make sense to us either. You could make a pledge, a fake I.O.U. if you will. But how does that work if you're trying to collect for a regular group activity, like a basketball scrimmage or soccer training? As an Organizer paying for courts or pitches, you need to have the actual money in your pool.

And - probably most importantly - Collctiv is still alive and kicking!

How do I get my hands on the Collctiv app??